Top of the world

What goes up must come… to Iowa? 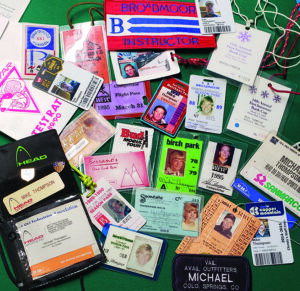 Mike Thompson moved to Colorado as a teen and quickly began competing in skiing events.

Big mountain adventures while helicopter skiing Alaska? If you find yourself asking what that is, just keep reading.

Mike Thompson knows a thing or two about the aforementioned mouthful. He helped pioneer the sport.

Born in Minnesota, Thompson moved to Colorado as a teen after his father passed away.

âI wholeheartedly put myself to skiing,â he remembers.

The youth grew to be more than capable on skis and started on the Pro Mogul Tour out of high school and into college.

âBack in the 1980s, we were kind of the rebels of the mountain,â he says of extreme skiers.

Armed with a flair for achieving and for occupying high altitudes, Thompson also pursued mountain climbing. He eventually scaled and skied all of Coloradoâs 58 mountain peaks above 14,000 feet, referred to as âfourteenersâ or â14ers.â Amazing as that is, this story is about how Thompson pushed the envelope while skiing backcountry during the 1980s, and how by the early 1990s, he was ready to step it up a notch.

Alaska heli skiing is a die-hard skierâs nirvana. There are no lift lines, and there are thousands of vertical feet of  pristine and dry powder. But it is remote â participants must use a helicopter or prop plane to access the most challenging portions of the mountains â and it can be extremely dangerous. For all intents and purposes, modern Alaska heliskiing began when the World Extreme Skiing Competition (WESC) debuted in 1991. Before the X Games, the WESC was the preeminent extreme skiing competition. Held from 1991 to 2000 in Valdez, Alaska, it drew the worldâs best freeskiers who came to carve the treacherous slopes of the Chugach Mountains surrounding Valdez, Alaska. The results made a lasting impact on the sport. Showcasing a whole new gang of big-mountain free riders â Doug Coombs won the first competition, Dean Cummings the next â the WESC essentially paved the way for the X Games. Skiers had to qualify or were hand picked from all over the globe. In 1994 and 1995, âI was one of those 30,â says Thompson. 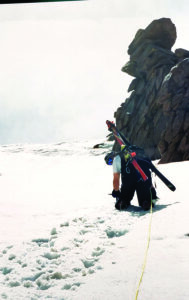 Alaska heli skiing is a die-hard skierâs nirvana. There are no lift lines, and there are thousands of vertical feet of pristine and dry powder, but it is remote.

âThe first night before the competition started, the town threw us an incredible seafood dinner,â he remembers. âWe sat with town residents that were primary players in the Valdez community.â

Thompson says it is the most unbelievable place in the world.

âWe skied places no one had ever skied before,â he says. âWe are some of the very few pioneers in extreme skiing that charted this area and pushed the limits.â

Thompson will be 59 this year. He was once regarded as one of the best mountain skiers of Colorado, but after moving here a year ago to be near his 87-year-old mother, he is now one of us, a Hawkeye stater. He closed on a home in Winterset last month and works for Windsor Windows & Doors in West Des Moines. His household includes Laura, his fiance, plus a dog named Max and a cat they call Whiskers.

Iowa may not have any fourteeners, but Thompson enjoys the central Iowa bike paths, kayaking runs, local eateries and…

Down to Earth? Did he really just say that?

âWe love it here,â he reiterates.

One last note. If you happen to run into them shooting pool at one of the local billiards halls, hold onto your wallet.

âLaura was the national champion pool player in Las Vegas in 2006,â brags Thompson. âI only finished in the top 10 in skiing.â ♦