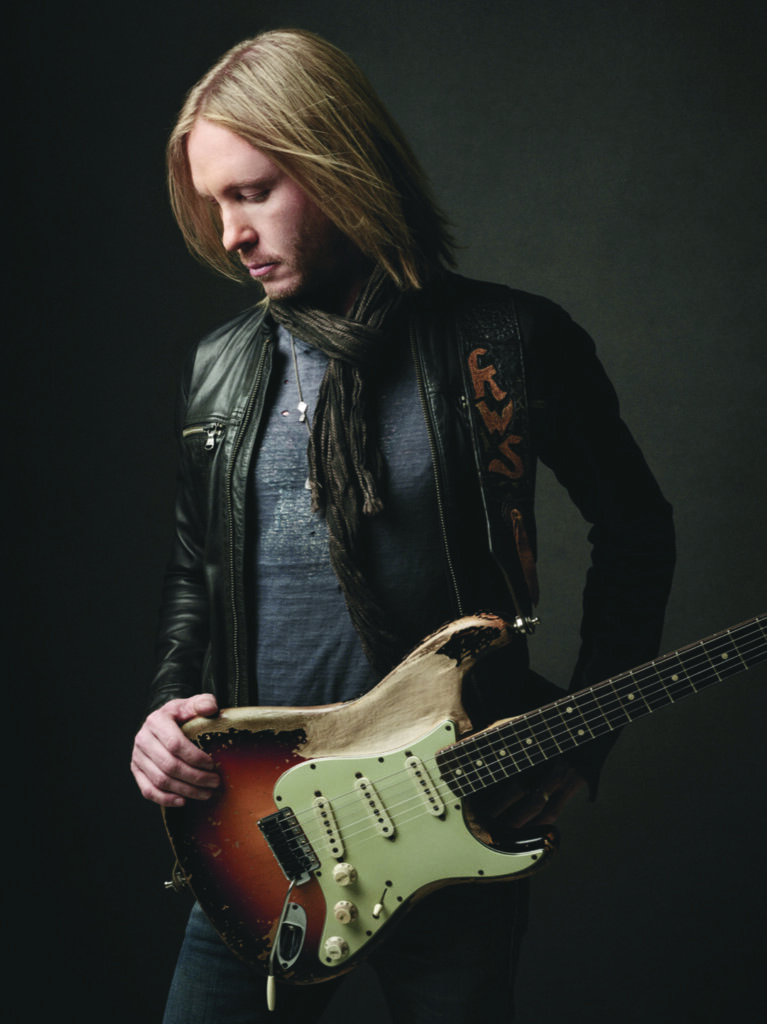 Kenny Wayne Shepherd will perform the entirety of his album âTrouble Is…â during his show April 6 at Hoyt Sherman Place.

At the age when kids first learn to ride a bike, Kenny Wayne Shepherd was plucking his guitar strings. By the time he was 16, the blues singer and guitarist had already signed a record deal. And, when he was 19, his single, âBlue on Blackâ hit No. 1 on the Billboard Music charts.

That single, along with other top 10 hits from KWSâs album, âTrouble Isâ¦â will be performed in its entirety at his upcoming concert tour.

From his home in Shreveport, Louisiana, KWS says his band will play the entire album for the concert.

âFans know it was a huge record â a monumental achievement. This one pushed it over the top,â he explains. âIt topped one million copies, and weâve had a great run with it.â

The band will start the show with the album, finishing up with current songs from one of the 10 albums heâs recorded.

âHe was like an adopted father to me. He gave me a lot of great advice â not just in music but in life.â

Heâs performed at hundreds of venues and with other musicians throughout his career, with numerous highlights.

âWhen you have a career for 30 years and played with greats such as Rolling Stones, B.B. King, Van Halen, itâs nearly impossible to choose a favorite experience,â he says. âThe things I most fondly remember arenât being up on stage. Itâs the personal relationships born behind the scenes â thatâs what is most important. Eddie Van Halen was a great friend.â

He was elated when he recently played with one of his favorite female singers, Ann Wilson with Heart, on her new solo album.

âThe opportunity presented itself. I didnât set out and put her name on a bucket list. It was fortunate it just fell into place,â he says.

When he first began recording music, one of his goals was to write timeless material. âI didnât want it to sound trendy. Some pop music â itâs hard to age gracefully,â he explains. âLooking back, Iâm happy at the timeless nature of the songs. With this genre, hopefully you get better with age.â

A new album written just before the pandemic was put on hold until the right moment and will be released soon. A documentary is being filmed around the 25th anniversary of his first show in Shreveport.

KWS says his fan base is incredible. âWe appreciate the support. Without fans, nothing is possible. Itâs moving and remarkable to see that support of people who listen to the music over and over.â ♦