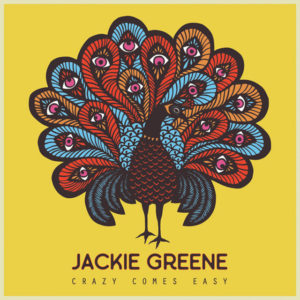 âCrazy Comes Easyâ is a twangy upbeat song, where, âcrazy comes easy to a fool in love.â The video includes a campy rendition of a real three-time cancer survivor in her aging hippie clothing, dancing in Florida, turning object into colorful art.

âGood Old Bad Times,â my favorite, portrays Greeneâs multi-instrumental range. The drums punctuate the beat, along with the harmonica and bluegrass feel. Itâs as if you walked into a seasoned blues club and began singing along with âyoung and wild and free.â His influence of playing with blues artist Susan Tedeschi is evident on this track and âVictim of the Crime.â

Greene played lead guitar for the Black Crowes in 2013 and has collaborated with numerous blues artists, including BB King and Buddy Guy. The rest of the albumâs songs are all superbly written and performed by Greene, who plays acoustic guitar, piano, slide guitar and the organ.

Listeners of the album beg to ask, âWhat genre is this?â Americana? Folk? Blues? Rock? Honky-tonk? The answer is all of the above. Itâs a combination genre, and it works impeccably for this album. ♦ 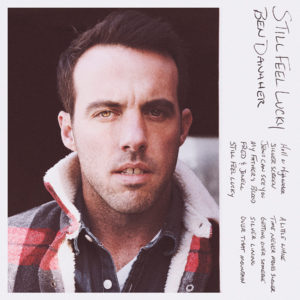 Country artist Ben Danaherâs second album, âStill Feel Lucky,â captures a sliver of his pain-filled life with honesty and hope. The album was written after the skilled songwriterâs brother was murdered and his father died of cancer in a short time span. The songs from this album draw from his intense pain and loss, with a message of moving on.
On the title track, âStill Feel Lucky,â he begins singing, âtough as nails,â with an upbeat message, âyou can hurt and still feel lucky.â

The âHell or Highwaterâ song is a deep, bluesy number, complete with a slide guitar riff. With a more rock and roll edge than the rest of the album, this should hit the country crossover radio airwaves with ease.

A moving acoustic tune, âMy Fatherâs Blood,â slows things down. Itâs a tribute to his dadâs influence, who passed away of cancer at age 63. âI wouldnât know who I was if it wasnât for my fatherâs blood,â he sings.

âGetting Over Someone,â tells us that we donât need to hide the tears. The song gives hope to find forgiveness. Even if weâre defeated, we can get over it.

If you, too, are feeling lucky in your life, tweet it. Danahar urges listeners to share their story of hope with the hashtag, #stillfeellucky. ♦