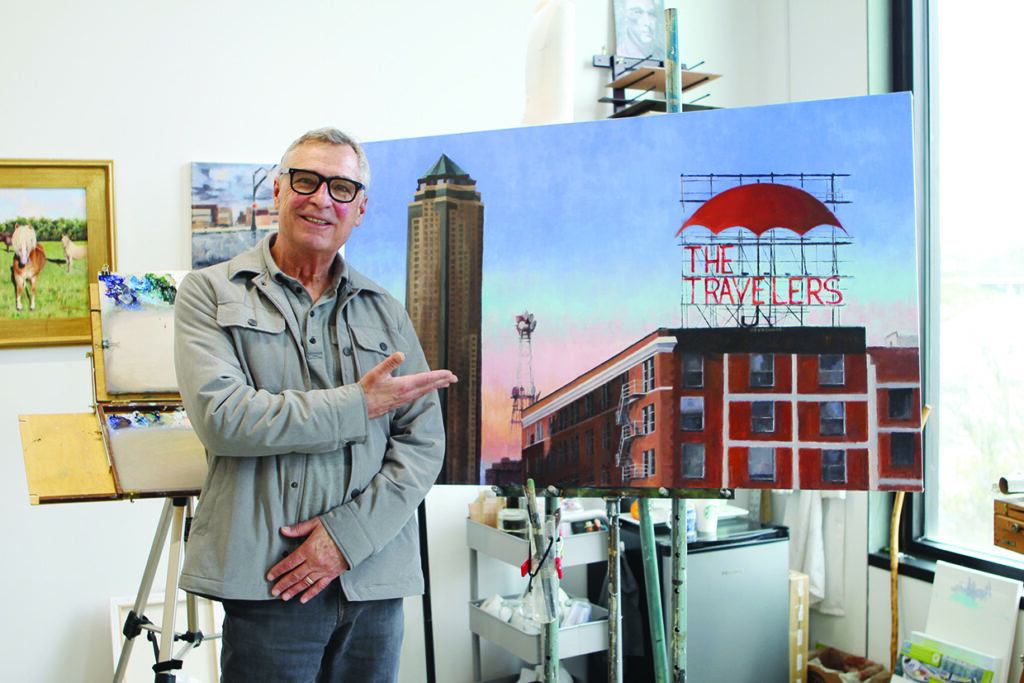 Jeff Klisares was intrigued with his Italian grandfatherâs unique paintings at a young age. He marveled at the process of the oil, brushes and huge canvases.

âAs a child, I saw a painting, and I thought, if this is the way adults behave, count me in. This was like play with all the âtoysâ these adults had,â he reflects. 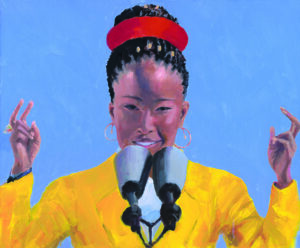 After earning a degree in landscape architecture, he went out West, âchasing the old American West paintersâ and soaking in the colorful mountain and desert scenery. As he traveled for his business job, a painting career lingered in the back of his mind. A fellow painter told him, to be considered a professional in the art field, it was recommended that he dedicate 15,000 hours to painting experience.

While frequently visiting art galleries in hopes of selling his work, a gallery owner in La Jolla, California, asked Klisares if he had samples of his paintings. After learning the need to have examples of his artwork, he displayed 12 paintings from his car.

âThe gallery said they like painters from the Midwest because of their hard work ethic,â he says. âThey sold all the paintings, and three months later asked if I had any more.â

He continued to paint and hesitantly returned to his hometown of Des Moines 20 years ago. He explains, âThereâs a saying, âNo man can profit in his hometown.â Thatâs hard to get away from that definition as I left my hometown for freedom of expression. I had to overcome that belief.â

Today, he paints out of his studio at Mainframe Studios. 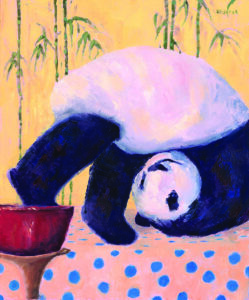 The panda helps remind Klisares that life is full of child-like play.

âI was on the wait list for three years to get into Mainframe,â he says. âIâd lost my job, COVID came, and this studio space opened. Iâm pleased as a peach to get this space.â

One of Klisaresâ more popular paintings is of the junior poet laureate, Amanda Gorman. Heâs making a limited print run of the painting.

âAmanda Gorman was outside my traditional style,â he says. âBut I got a tremendous response from people on Instagram.â

Through the years, heâs learned to avoid over painting.

âMy grandfather said to me, âJeff, put the brush down. Itâs finished.â All that stuff in your mind, you gotta give it up,â he says.

The reason Klisares paints is simple.

âPainting is a place you go,â he says. âYou have an idea in your mind, and you canât communicate it or put it into words,â he says.

Retirement isnât an option, as Klisares considers himself a lifelong student.

âMy best painting is still inside of me. Iâm young at heart. In the end, all I really want to do is paint,â he says. ♦