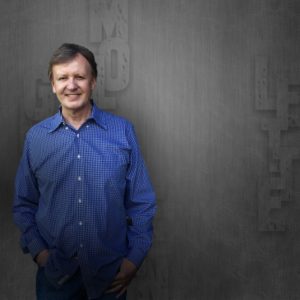 Some of the nicest people I’ve known have been police officers from county to state to city cops.  I have some dear friends who wear badges and they are good people. The police officers who killed George Floyd on May 25 in Minneapolis, Minnesota, at that moment and time were not good people. I would never say they haven’t been good people or have the potential to be good people but what they did that day was an act of hate and evil. There was nothing good about that scene of a defenseless man being choked to death.

The police were called because Floyd was suspected of trying to use forged documents at a deli. If true it was criminal but also implies he was hungry.  His actions did not deserve a death sentence. Floyd was obviously going nowhere. He was surrounded by the police. He was on the ground. Why kill him? He wasn’t a threat. Sadly, we have watched scenes on television where police and citizens have acted like terrorists and members of ISIS. We horrifically watched Eric Garner’s death as he was arrested in New York City in 2014. How many times has this happened that have not been videotaped? We’ve watched too many scenes on television where members of ISIS cruelly tortured and killed journalists and others they had captured and rendered helpless. Are Americans any better than ISIS terrorists when human beings are rendered helpless and then killed? Let’s face it, those police officers videotaped killing Floyd in Minneapolis, were filled with hate and released it on Floyd.

On May 24 someone hung an effigy of Gov. Andy Beshear to a tree in front of the Governor’s mansion in Frankfort, Kentucky. The scene took place at what was supposed to be a peaceful Second Amendment rally.  Someone in the crowd upset by the act immediately cut the effigy down but the act itself was evil and hate filled. This is not what free speech is about. Free speech does not promote or encourage an assassination of an elected official. I did not vote for Andy Beshear but we are to support and respect our elected officials as much as possible. They have tough jobs and have to face too much garbage like what was displayed in Frankfort in front of the house where the Governor’s family lives. This type of hate is dangerous, reckless and leads to people getting hurt or killed.

Find some way to deal with your hate. Go to the gym and hit a punching bag. Get a job busting rocks. Push a lawn mower. Try prayer. Ask God to change your heart toward others. Yell and scream if you have to. Vote. Work for positive change. Don’t be an American terrorist. If you are suddenly in a position to hurt someone of afflict pain then take the high road and don’t. Use the opportunity to try to help others if and when you can. Hate will never make you feel better, solve a problem or bring about positive change. ♦