Fast-talking jewelry dealer Howard Ratner (Adam Sandler) is a man who spends his days frantically trying to make money while being followed by the men he owes money to â an exhausting lifestyle he canât seem to escape. Always on the lookout for the next big score, Howard makes a series of high-stakes bets that could lead to the windfall of a lifetime. He must perform a precarious high-wire act, balancing business, family and encroaching adversaries on all sides in his relentless pursuit of the ultimate win. But the more we get to know Howard, the less it seems like he wants to, forever inserting himself in increasingly precarious situations. Howard is the best, and worst, kind of antihero, caught in a trap of his own making, a way out always frustratingly in sight. 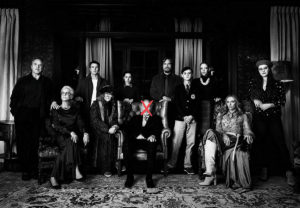 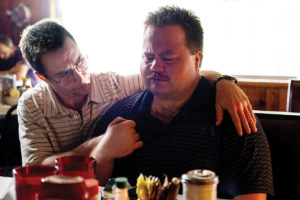 Directed by Clint Eastwood and based on true events, âRichard Jewellâ is a story of what happens when what is reported as fact obscures the truth. âThere is a bomb in Centennial Park. You have 30 minutes.â The world is first introduced to Richard Jewell (Paul Walter Hauser) as the security guard who reported finding the device at the 1996 Atlanta bombing â his report making him a hero whose swift actions saved countless lives. But within days, the law enforcement wannabe becomes the FBIâs No. 1 suspect, vilified by press and public alike, his life ripped apart. Reaching out to independent, anti-establishment attorney Watson Bryant (Sam Rockwell), Jewell staunchly professes his innocence. But Bryant finds he is out of his depth as he fights the combined powers of the FBI, GBI and APD to clear his clientâs name, while keeping Richard from trusting the very people trying to destroy him. ♦