The origins may be a bit hazy, but the memories are clear.

I have been a patron of the Roosevelt Barbershop for nearly 10 years, and I expect to be for years to come. Next to Popeâs off Ingersoll, this may be one of the oldest barbering spots in the city. Even the trend of hipster barbershops that burst onto the scene in 2018 couldnât phase out this institution. I have never gone anywhere else for a haircut since 2011 (excluding the time I had to get my hair cut at a homeless shelter in Pasadena, California. Thatâs another story). 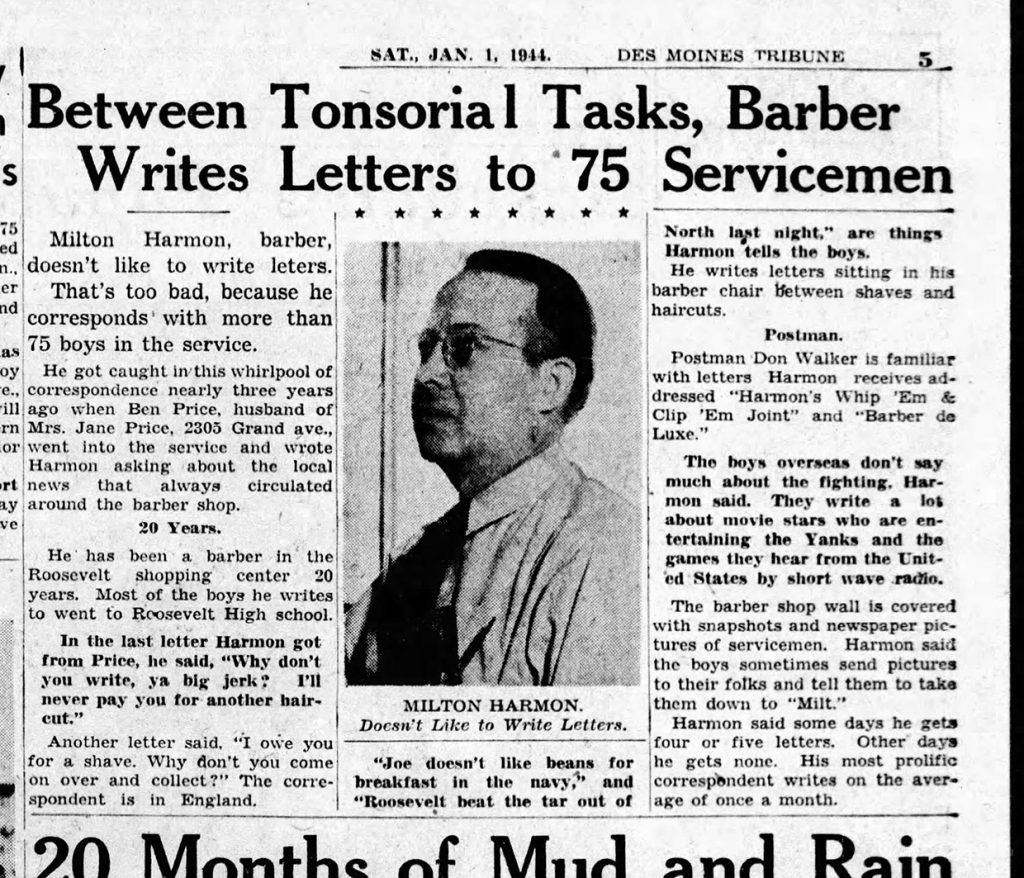 The origins of the original Harmonâs Barbershop are a bit hazy. Trying to pinpoint when it first opened on 42nd Street proved to be a challenge, but Rick Adkisson, the current owner of the establishment now known as Roosevelt Barbershop, thinks it was about the same time that Roosevelt High School debuted in 1924.

The barbershop was opened by Milton Harmon, and the place operated under his name as âHarmonâs Barbershop.â It was originally located toward University Avenue, nearly 10 years before the Roosevelt Shopping Center was built.

âHarmon also worked over at the barber school,â remembers Adkisson. âHe was the fastest guy with clippers. He could shave those guys so fast.â

T. I. Stoner travelled to California and was intrigued by a strip-mall-style shopping center he saw there. He came back to Iowa and built The Roosevelt Shopping Center in 1934. In those days, the barbershop was in the second bay from the south in the center, next door to a Reedâs Ice Cream shop, which, according to locals, was known as Andyâs because it was run by a man named Anderson. This shopping center may have been the first of its kind in Iowa.

Michael Gartner, the owner of the Iowa Cubs, has been getting his hair cut at the barbershop for decades.

âIâve been going to the Roosevelt Barber Shop for about 80 years, and my two grandsons go there as fourth-generation customers,â he says.

According to Gartner, the place was more than a barbershop.

âDuring World War II, it was the place where neighbors could get information on the local boys who were off fighting,â he says. âTheyâd send postcards to the barbershop, which would post them on the wall, or their parents would drop by with information. And, of course, Harmon himself would talk about those boys and fill in his customers.â 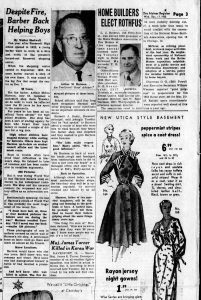 Gartner says the barbershop was also a place where Roosevelt High School kids would sometimes hang out when they were supposed to be in class.

âHarmon never squealed on them,â he says. âHe knew a lot about every west side kid, I suspect, who was a troublemaker, who was troubled, who loved sports, who was sneaking out with girls, who was a mischief-maker, who got good grades and who was flunking.â

âHe just loved kids,â Adkisson adds. âHe was big into Scouts. Kids were one of his big joys.â

Gartner remembers going to Harmonâs as a child and even how much a haircut cost back then.

âWhen I was little â 2 or 3 or 4 years old â my mother would take me to the barbershop because my father worked on weekdays, and kids always got their hair cut on weekdays. The price in the early 1940s, as I recall, was a quarter for kids and 75 cents for adults. But on Saturdays, when the men who worked would get their haircuts, it was 75 cents for everyone. Harmon didnât want kids taking up the time on Saturdays.â

In the 1940s and early 1950s, the barbershop was the heart of the shopping center, which was a busy place and a vital piece of the west side. The Roosevelt Theater (now the Community Playhouse) was there, as were at least three restaurants and a hamburger-selling drive-in (on the corner of 42nd and Crocker). The Linden Heights bus ran across 42nd Street, and the Crocker streetcar stopped at 42nd (where three gas stations were on the corner). Most everyone knew the store owners â Harmon the barber, Andy the ice-cream guy, Angie the shoe-repair man, Dean the druggist, Bill Renard the grocer, etc. â  but Harmon seemed to be the one who everyone knew best.

âOver the years, so many businesses come and go, but we are still here,â says Adkisson.

And so am I and Gartner and many others who continue to be customers. Itâs one of the few places in town that still feels real to me. What you see on the surface is exactly what you get. Even during the years when I didnât own a car, I would walk from my house over to the barbershop and then pop over to La Mie for breakfast or a coffee to go.

Much like its early years, the Roosevelt Barbershop continues to be more than a barbershop, and we are all the better for it. ♦