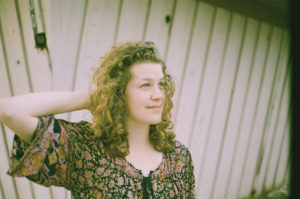 Fall wedding season is in full effect, and I have had to turn away a few travelers coming through town due to the volume I have been receiving. In some ways, it is exciting that more and more people are couch surfing as a method of traveling, but I start to get a little overwhelmed when I canât help everyone. Tori is from La Crosse and on her way to Utah for a wedding. Her father works in the dairy industry, and she had lots to say about my choices of milk alternatives.

We need to clear the air about my issues with dairy and your political commentary regarding my dietary choices. Are you a spy for the dairy industry?

âI donât comment about everyone who chooses not to consume dairy products. But you said it yourself: You are not lactose intolerant, and that dairy was just never meant to be consumed by humans. That is âanti-dairy propagandaâ as my father would say it. There are people with real lactose issues, and that has to do with people who have actual health problems. If you are just choosing to consume coconut or almond milk over dairy because you prefer the taste, then thatâs fine. Just donât get on the train of âno dairy for anyone.â â

You just graduated from Augustana College in Rock Island and returned to your hometown of La Crosse. How has the transition been from college student to working class citizen?

âNot as well as I would have liked. I majored in communications, and I want to get into field journalism for the Associated Press or a major newspaper. Iâd love to be on the political beat and travel around with a presidential candidate. The hustle excites me. It wouldnât be a forever job, but it would be one of those that I could do for four or eight years and then write that bestselling memoir filled with juicy scandals. I donât know what I would do after that, but it sounds like a great plan for maybe 10 years of my life. I am your typical millennial who has no interest in holding down a job for too long.â

Why do you think millennials donât want to hold down a job for too long? (I am not denying this.)

âWell, for me, I just donât want to get settled into something. Thatâs for people who are tired or just done with the adventure. Thatâs fine if you are. People mistake millennials for ânot being able to handle a full-time jobâ when really we just get bored. Iâve watched my father (the dairy king), do the same job for 26 years. Same thing. I am sure you get to watch the evolution of whatever industry you are in unfold right before your eyes, but I can just read about some of that in the news. I like the idea of having these milestones like: OK, I am going to work this career in politics, and whatever the outcome is doesnât matter. I will have put in my time and gained all these stories that I can sell later. It will sell because it will contain names of national leaders that everyone has heard of. If I am lucky, there will be some huge scandal/controversy that will hit the news, and I will be able to give my sideline point of view about it, maybe even from the corner of the oval office or someplace similar.â

A lot of my couch surfing visitors have said similar things, but more or less in regards to traveling. Many work remotely or have quit their career job to be more like what you are saying.

âThose are the people who are just figuring it out. I might decide later on that this life is tiring. Maybe that book deal doesnât work out. Maybe politicians wonât have any type of controversial cloud hanging over them (not likely, but we can always hope). Normalcy might be what I want to retire with. It all just needs to mean something to me. For some people, having a family is that meaning for them. It doesnât really matter if it seems meaningful to other people, just as long as I am happy with all of it in the long run. Maybe millennials just do things backwards.â ♦