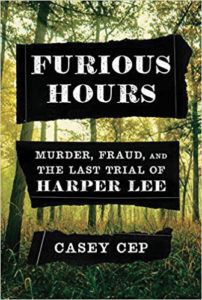 After assisting Truman Capote with his research for âIn Cold Blood,â Harper Lee endeavored to follow her bestselling âTo Kill a Mockingbirdâ with her own book of true crime, spending a year in the late 1970s in her native Alabama reporting on a sensational murder and trial. The victim, a rural preacher, had been shot at the funeral of his 16-year-old stepdaughter, one of five family members the preacher himself was accused of murdering for insurance money. The jury acquitted the shooter who was represented by the same lawyer who had successfully represented the preacher.

In the first sections of âFurious Hours: Murder, Fraud, and the Last Trial of Harper Lee,â Casey Cep, using files found among Leeâs personal effects and her own extensive research, tells the story Lee hoped to call âThe Reverend.â

The last section is an absorbing look at Harper Lee and her failed attempt to complete the book. Lee struggled with alcoholism and acknowledged she was a slow writer. The agent and the editor, who had been instrumental in taking âTo Kill a Mockingbirdâ from manuscript to finished book, had both died, and she seemed to flounder without them.

This is a compelling read for those interested in true crime, the process of writing, and the life of Harper Lee. ♦ 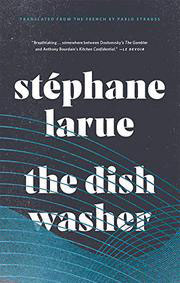 âThe Dish Washerâ by Stephane Larue is about a talented metalhead artist with a horrible gambling addiction. The book opens with Stephane, who takes a job as a dishwasher at an upscale restaurant in Montreal so he can try to make back some of the gambling money he has lost. Larueâs depictions of the chaos of the kitchen during a rush, and all the unique characters who inhabit the kitchen, are what make this book shine. In the simplest form, it is a
book about a down-on-his-luck dishwasher and all of his down-on-their-luck coworkers trying to scrape by. But all the ways Larue describes the snow in Montreal and the food being served are something to be admired. ♦