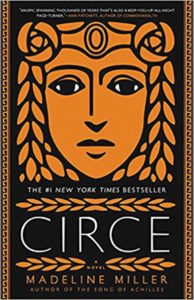 New takes on these ancient stories have been done so many times that it takes something extraordinary to bring back the spark of interest to a jaded public. Madeline Miller has more than succeeded in bringing a new facet to Greek Mythology with her new book, âCirce.â

Miller takes this much-maligned witch and her misogynistic myths and crafts a deep story of power and pain that is both cunningly relevant and surprisingly human in spite of its immortal heroine.

The story of Circe shows her evolving from an unloved shadow in the halls of the gods into a proud, flawed, defiant being with a penchant for mortals and mysterious magic. Everything from her eerie voice to her lack of vanity makes her an outcast, so she recreates herself into something new â something that frightens humans and gods alike.

Her story thrums with the power of self-awareness and embracing oneâs true self. Intimate in scale, but epic in resonance, âCirceâ is told in a rhythmic prose that echoes âHomerâ and âVirgil,â while still reading like a modern novel. Iâm not sure who bewitched me more â Circe or her deft creator. Donât miss this magical book. ♦ 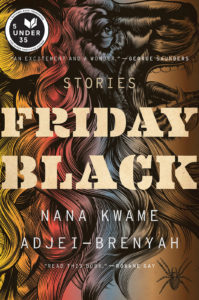 This impressive collection of short stories, a debut publication from a new, strong voice, is as energizing as it is unsettling. Nana Kwame Adjei-Brenyah has given readers 12 marvelous gifts in the form these unique and imaginative stories that focus on racism. The first, âThe Finkelstein 5,â illustrates a failing justice system when a jury acquits a white man whoâd used a chainsaw to decapitate five young black children, a move that he said protected himself and his family when they encountered the kids outside a library. Emmanuel, a young black man in the town, decides to render justice his own way.

Another powerful, disquieting piece, âZimmer Land,â follows the black narrator as he checks into work as a âplayerâ in a scene white patrons inhabit, a type of futuristic arena where they can test their reactions to encountering a black person, say, walking past their house, and enact âjusticeâ as they see fit.

âFriday Black,â astonishing, gruesome, yet funny, is â along with a few other of the stories â a commentary on capitalism as the narrator faces his fourth Black Friday in retail, taking on a truly vicious frenzy of incomprehensible holiday shoppers.