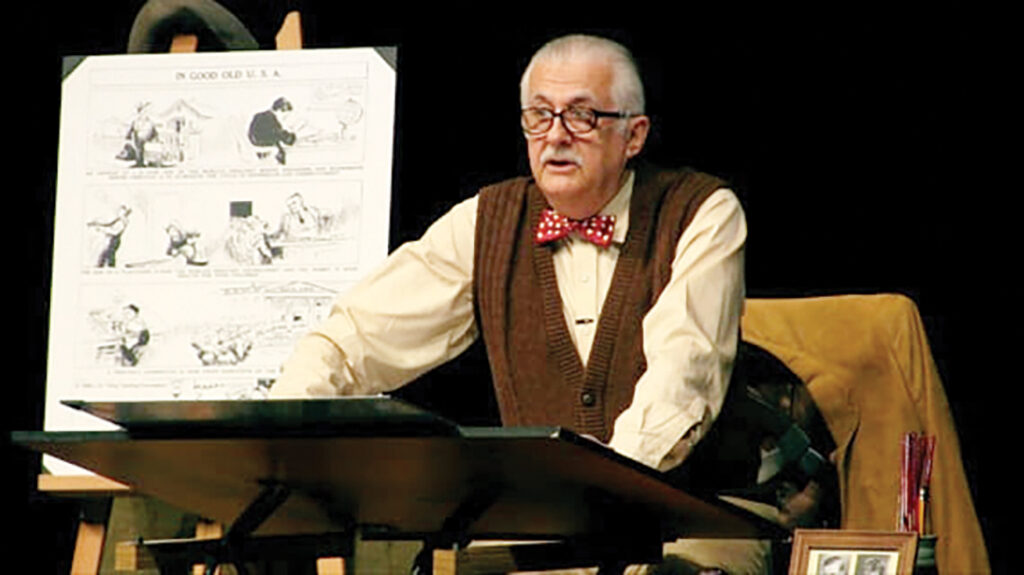 For nearly 50 years, Tom Milligan has immersed himself in the theater industry in and around the Des Moines area. His roles have included actor, director, scene designer, producer and writer, among other things. Today, he works as a special education classroom associate, but his theater career continues.

Milligan performs three separate one-person shows: âGrant Wood: Prairie Rebel,â âAmerican Dreamer: The Life and Times of Henry A. Wallaceâ and âCartoons & Conservation: A Visit with Ding Darling.â For 25 years, Milligan has performed each of these shows across Iowa, the Midwest and nation.

âThe three one-person shows are all about famous Iowans that have a national and world footprintâ¦ Theyâre all shows that make you feel good about being an Iowan,â Milligan described.

His longest-running show is about Grant Wood. âGrant Wood: Prairie Rebelâ is a 45-minute chat between Wood and the audience. For 25 years, Milligan has told the story of Wood, the painter behind âAmerican Gothic.â This piece has taken him to a variety of venues to perform.

âGrant Wood is about art, so I do a lot of art museums and things like that,â he said. 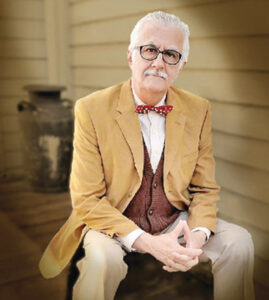 For 22 years, Milligan has performed as Henry A. Wallace, the 33rd vice president of the United States, and, of course, Iowa native. âAmerican Dreamer: The Life and Times of Henry A. Wallaceâ is a one-act play named after a book with the same name by Sen. John C. Culver and John Hyde.

His other one-man performance, âCartoons & Conversations: A Visit with Ding Darling,â is an hour-long presentation telling the story of Ding Darling, the long-time Des Moines Register cartoonist and well-known conservationist. Darling won two Pulitzer Prizes for his editorial cartoons, created the Duck Stamp, and founded the National Wildlife Federation. This show has taken Milligan well beyond the Midwest. Milligan has gone to many conservation sites to tell the story of Darling. Three years ago, Milligan went to the Patuxent National Wildlife Refuge in Maryland and performed for the National Duck Stamp Competition; he went to Missouri, performing at five different conservation sites; and has performed at the Ding Darling National Wildlife Refuge in Sanibel Island, Florida.

Before becoming a traveling one-man performer, Milligan served on the staff of many Des Moines area theaters. Charlieâs Showplace Dinner Theater, The Des Moines Playhouse, Hoyt Sherman Theater and the Ingersoll Dinner Theater are just some of the venues where he has acted, directed, scene designed and produced. He freelanced for many years before the producing director of the Old Creamery Theater Company in Amana asked Milligan to join the theater full-time.

âI came over in 2006, moved over here to Amana, and was a part of the Old Creamery staff for eight years and part of 100 different shows,â he said. Milligan served as the executive director for the last two years he was there.

Out of all the shows he has worked on, Milligan has a difficult time choosing a favorite. However, he continues to enjoy working with his wife, Deborah Kennedy, in the theater. During Milliganâs back and forth between the metro and Amana, the two discovered they work well together. They performed many two-person shows before going on a five-year hiatus, until this year when they performed together once again.

âThat is my comfort zone, being on stage with her,â Milligan said.

At the end of the day, Milligan has to treat his performances as a business. Like all businesses, Milliganâs TKM Productions took a hit because of the COVID-19 pandemic.