Grateful after 144 days in the hospital with covid-19

Lack of oxygen impels Ankeny man into the CCU for 40 days and sparks several brushes with death. 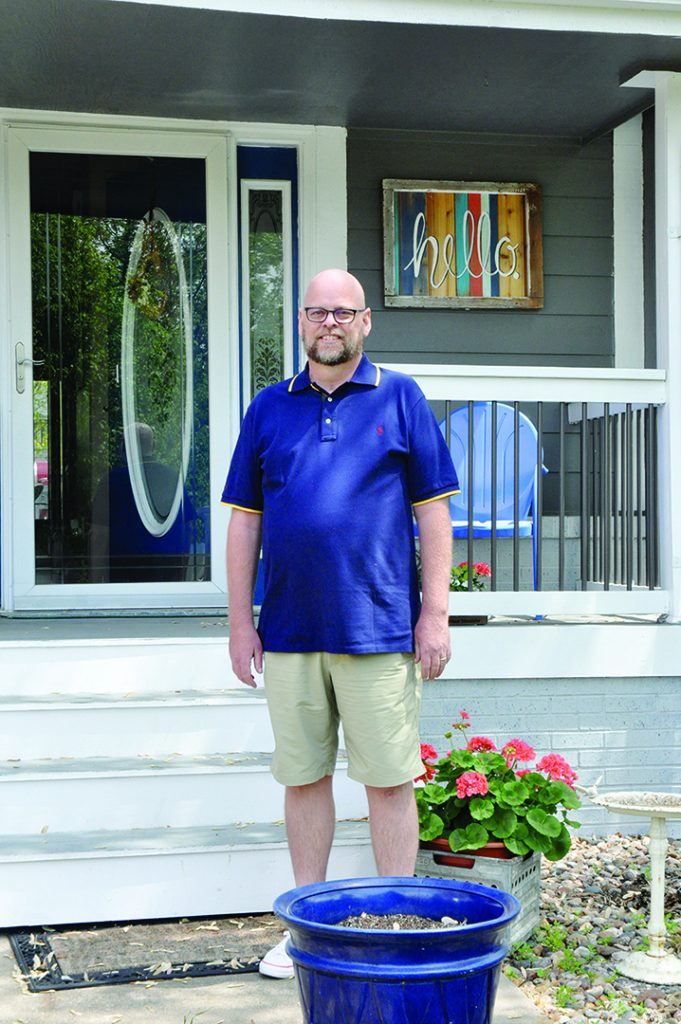 After an intense bout with COVID-19, Paul Carpenter is completely off of oxygen therapy, he can walk a half of a mile, and his doctors say he appears to be capable of completely returning to good health. Carpenter hopes to go back to work, at least part time, in June.

Mark it down. Itâs official. Paul Carpenter, 51, is a âpost-COVIDâ patient. But earning this outcome was NOT easy. Not for him, not for his family and not for the team of health professionals who saved his life multiple times.

After suffering through a week with symptoms last fall â it was the week of the presidential election â Carpenter tested positive for COVID-19.

âI just kind of thought, you know, we were going to get through it, and itâd be no big deal,â he remembers. But the fever, chills and severe headaches lingered, and then his increasingly labored breathing nearly killed him.

âI basically fainted, passed out, whatever you want to call it,â he says. Fortunately, his wife, Amy, was nearby to call 911, and Carpenter was eventually admitted to Iowa Methodist Medical Center that evening, Nov. 6.

âI remember going from the emergency room to somewhere,â he explains, âand thatâs all I really remember until the middle of February.â

Thatâs because the doctors induced a coma and kept him heavily sedated. His health was so fragile that any movement could have caused severe complications.

On Nov. 11, Carpenter entered the Critical Care Unit. He spent 40 days hooked to an ECMO machine, an apparatus used to temporarily replace the function of the lungs and heart. According to a hospital official, ECMO is generally used at most for 2-5 days in a CCU stay.

âThey tell me that I set the hospital record for the most days on ECMO,â says Carpenter. During that time, he almost lost his life multiple times, and his body began wasting away.

Carpenterâs medical team finally removed the ventilator on Feb. 10, and, by mid February, his mental awareness improved to the point that his memory returned.

âI remember the only thing I could do is, they had asked me a question, and Iâd give them this… [points to his barely raised thumb]. And thatâs all I could move.â

After leaving the CCU on Feb. 12, Carpenter was discharged completely on March 30 and has been home since.

During his 144-day ordeal, laced with multiple near-death occasions, if not for the stellar medical team at Methodist Hospital, Carpenterâs four-month hospitalization might not have ended as it did â in time for Easter.

As Carpenter works to regain his strength and eventually return to normal life, he canât help but be grateful to the people who helped him return home to his wife and teenage son, Carter.

From the people who operated the various life-saving machines, to the technicians who did blood work, to the multitude of bedside nurses â at least two were in the room 24 hours a day for a time â to an entire nighttime staff, and to a legion of determined doctors who wouldnât let him die.

Then, after beginning down the road to recovery, another wave of reinforcements rushed to his aid.

âAt the end of February, all I could do was put my thumb up,â he remembers. âIâd lost 70 pounds, and that was mostly all muscle. … That was scary. Iâd never been in the hospital before, but every day, I was scared. I didnât want to be there all alone.â

He wasnât. His wife and his son were there as much as possible, as was the medical team and a superb hospital support staff.

âWe know the lady that cleaned our room every day,â Carpenter chokes up again. âHer name was Sheila. She prayed with us about every day.â

By the end of March, Carpenter was back on his feet walking again.

âWith oxygen still,â he says, âbut they had me walking.â

And then he was walking out the hospital door.

âTo the doctors and all the staff, I cannot thank them enough,â he says again. âIt was absolutely amazing what they did. Thank you.â ♦