Driving for a living

COMPILED FROM the IOWA LIVING MAGAZINES

A trucker, a bus driver, a car repairman and an elderly care transporter walk into a barâ¦ Gas prices may be climbing, but that wonât stop those who spend their workday behind the wheel. Their services are essential and sacrifices many, but still, they wouldnât trade their jobs for the world. Here are their stories. ♦ 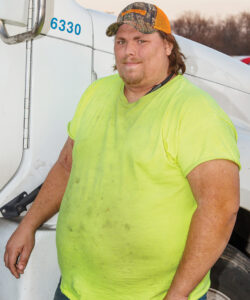 Anthony Keenan has driven for Liquid Trucking out of Omaha since February 2017.

He used to drive long-haul routes, but now heâs home nightly. Keenan says the craziest route heâs driven involved going from Omaha to Washington, back to Omaha and then to New Jersey and back without a break.

âThe best part of the job is I get to see all over the country, and the pay is good. The worst part is being away from my family,â Keenan says.

Itâs also physically hard to sit for long periods of time. Truckers have a greater incidence of musculoskeletal problems from sitting, as well as a higher risk of deep vein thrombosis.

âI wish people knew how much truck drivers sacrifice for the job and that, when you see one on the road, itâs important to be courteous. But itâs the right job for me, and I do plan on driving until I retire.â 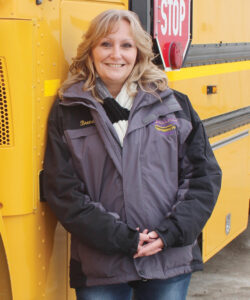 Brenda Wilson is one of 14 female bus drivers in the Indianola Community School District. She was nervous about taking the exam for her Class B Commercial Driverâs License, but earned it in August 2020.

âThe thought of maneuvering such a huge vehicle scared the living daylights out of me,â she says, laughing.

She says the interaction with the kids is the best part of her job.

As for dealing with inclement weather â particularly snow â Wilson was nervous at first, but it only took one time getting stuck on a country road to find out just how quickly âbaseâ was responsive at getting her out. She has gained much confidence knowing that drivers have the back up and help when needed.

âThe support of everyone in transportation is overwhelming, and I would recommend this position to anyone,â she says. âTesting is so worth it to be with these kiddos each day.â 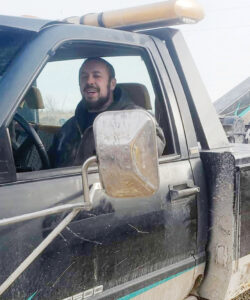 If you ask Josh Haynes about the best part of running a mobile car repair business, as well as towing and offering roadside assistance for AAA, heâll answer simply: the variety.

âEvery day is different,â he says. âI might be in the shop swapping an engine one day and down at the marina fixing a boat the next.â

Haynesâ favorite memory from his experiences thus far was when he was called to tow a car for a couple of women who had broken down on the side of the road and needed to get the car from Winterset to Des Moines.

âOn the way to drop it off, they talked about how they had visited almost every state, and this was their first time to Iowa,â he recalls. âThey marveled at how nice and helpful everyone in Winterset had been and how it had completely changed their view on how the world can be.â 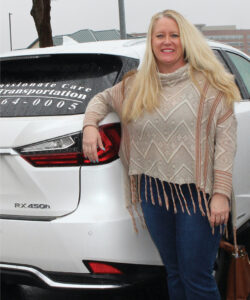 Nichole Phillipsâ passion for older folks stems from a love of her grandparents â a love that takes her business on the road. Phillips is owner of Compassionate Care Transportation, where she provides transportation, primarily for seniors.

âMy grandparents were a huge inspiration in my life, and I wanted to give back,â she says.

Her service doesnât include wheelchair transportation; however, she offers door-to-door drop off. For example, sheâll walk her client to his or her appointment location, as many medical complexes are difficult to navigate.

Phillips enjoys the stories the seniors share with her.

âI drove a 99-year-old man to meet with his friends for lunch. He shared that he was going skydiving on his 100th birthday,â she says. âIt made me smile.â

âHearing their stories and learning from them â they have so much wisdom,â she reflects. âIâve met a lot of wonderful people.â