Smart speakers are a cold â not cool â gift 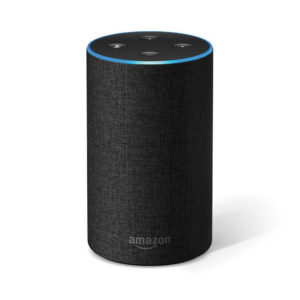 Christmas gifts can be tricky. For the most creative, romantic or codependent amongst us, the âthoughtfulâ gift is probably the gold standard â a trinket that symbolizes or commemorates an important event or experience that you share with someone. Second best is the expensive gift, which basically says, âI have a lot of money and rather than putting actual thought into the gift, I just bought the highest-priced item on your Amazon Wish List.â Third is the exactly-what-they-asked-for gift, which isnât necessarily expensive or thoughtful, but the recipient will be happy. There are dozens of other gift-giving strata in the spectrum of thoughtful-to-revenge gifts, but exactly in the middle is an area I have dubbed âcold technology gifts.â

We all know what a piece of âhot technologyâ is â the latest and greatest phone, a video game system that seems to be sold out in stores, a top-of-the-line camera, etc. On the other extreme, âcrap technologyâ is impulse buys at truck stops, things that resemble something you want but lack all the engineering, durability and features of the desired item it resembles. These are tablets from companies youâve never heard of, keyfinding widgets, sunglasses with embedded cameras, and other stocking stuffers that you will promptly lose.

Cold technology can easily be summed up with one item â the smart speaker. A year or two ago, the Amazon Echo stormed this previously undiscovered marketplace. It seemed every other person was unwrapping a smart speaker and envisioning music streaming, audible recipe guidance, shopping list making and syncing up your TV,  thermostat, lighting, house locks, security system and everything else youâve dreamed about since the term âInternet of thingsâ crept into the lexicon. The problem is that, to do all of that, your home and appliances must be connected in a manner that allows it. So rather than figure all that out, or buy new appliances that allow such
connectivity, most users simply use their smart speakers to stream music at voice command. Cold tech seems to
have promise, but reaching that promise requires a lot of work.

Thankfully, all recipients of smart speakers are happy just to have streaming music. Should they find a free weekend, they might dip their toe in the rest. This means, if a smart speaker is received without enthusiasm, just know that it wonât be remembered as a great gift.

So with all that said, what speaker is the smartest and has the best chance of overcoming the deflating label of âcold techâ? First, letâs look at the Amazon Echo. Having been around and buzzworthy since 2015, one might imagine that Amazon would have used its jumpstart to refine its product and build something worthy of leading the pack. Sadly, this is not the case. At $100, the Echo (second generation) is still connected to Amazonâs marketplace, which enables voice shopping, adding items to wish lists and music streaming. But as a speaker, itâs just OK. The sound quality is fine with acceptable bass output but can end up sounding hollow and underwhelming depending
on the room size. Of course, any smart speaker can be linked with a stereo system but only through analog means. Finally, a big downside is that the Echo canât be used as a speakerphone. At $100, itâs still a decent investment, and the recipient will immediately recognize the device when unwrapped.

Google Home ($130) and Apple Homepod ($350) are more versatile, include smarter features and can sync wirelessly with your phone, but they vary on sound quality and have peccadillos of their own; Apple only syncs with Apple devices, and Google has no analog inputs or outputs. Of course, this just scrapes the top layer of smart speakers, and we havenât even sniffed the screen-enabled models. But if youâre giving to a tech lover and not an audiophile, these are the serious choices. ♦