The platinum age of photography

Your pocket âsuper cameraâ is now a gateway tool to master photography. 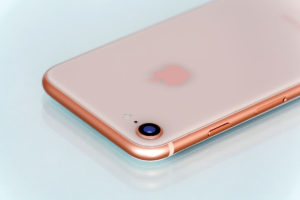 The mechanically captured still image has been around for more than 150 years. In the mid-1840s, the Daguerreotype process was invented whereby a specially conditioned, silver-plated copper would lock in an image when exposed to light and shadow. With silver and copper being two rather expensive metals, the process died out quickly when film-based photography started to develop. Jump to today, and the pervasive nature of cameras has pushed the artform into what is unquestionably its platinum age.

The golden age of photography is considered the mid-20th century when film cameras were still considered a luxury for everyone to own and were mostly owned or operated by professionals and artists. Today, the technology and know-how are nearly neck and neck, as far as progress goes.

The ability to take virtually unlimited pictures has fundamentally altered the number of photographically gifted individuals on the planet. Donât like a picture? Take it again! Heck, take a dozen more. Through the sheer and almost involuntary nature by which we take pictures today, our collective skill has improved through accident. In addition, nearly every device on the planet now seems to have a camera, and seemingly every web service and social network requires users to publish photos to be relevant. In short, most any photo you took 10 years ago likely looks like a child took it compared to how you frame a shot now.

Based on built-in camera specifications alone, the iPhone 8, the Android Pixel 2, and the Samsung s9 are ridiculously powerful still and video cameras compared to anything previous generations used. The iPhone 8 is equipped with a 12 megapixel camera packed with a f/1.8 aperture and â inch sensor. From an HD video perspective, that camera is six times as powerful as necessary to capture HD video or 1.5 times as powerful as 4K footage requires. Plus a f/1.8 aperture is much faster than most built-in camera lenses. So next time you hear a joke about the âsupercomputerâ in your pocket, fire back that itâs also a âsuper camera.â

If for some reason you need more than your built-in smartphone camera provides, the number of aftermarket accessories and gadgets to kit out a smartphone is ridiculous. Clip-on cell phone lenses allow for wide angle, macro, fisheye and telephoto shots, all of which can be purchased together for less than $30. For family portraits, specially designed smartphone tripods and accessories can level your camera.

Finally, if you want to try your hand at filmmaking, nearly all smart devices are ready to bring your stories to life. A plethora of mobile handheld stabilizers like the Osmo Mobile, the Smoove and Rigiet allow smartphone filmmakers to capture long tracking shots. Concerned about audio? The ports on iPhones and Androids can be used to capture professional audio. Cages are even available now that allow camera operators to snap their phones in cases that allow all equipment to be attached for audio management and lighting, as well as most stabilization tools.

So while photography was a painful experience 100 years ago with heavy, single use equipment that required serious training, your pocket âsuper cameraâ is now a gateway tool to master photography. ♦