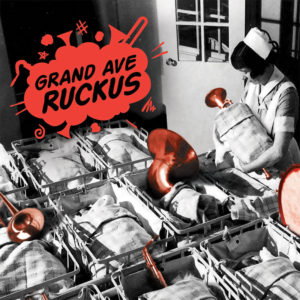 This isnât a mediocre high school brass section; itâs Grand Ave Ruckus melting faces with serious grooves on its debut album. The nine members of the band include three trumpet players, two percussionists, two trombone players, a saxophone player and a sousaphone player. All members and their instruments play off each other well, but Brad Sparks and the rich, deep sounds of the sousaphone are my favorite. Seriously, though, these guys all know their instruments well, and Iâve never enjoyed listening to a brass band as much as I enjoyed this album.
I forget how refreshing it can be to listen to music that doesnât have words (save for âGet Ruckâd (Get Up Now)â), and it took Grand Ave Ruckusâ self-titled six-song album to remind me. There is something about not having lyrics to follow that truly allows the listener to sink into the music. If youâre iffy about brass bands, Grand Ave Ruckus has the perfect segue into the genre with its covers of Justin Timberlakeâs âCry Me A Riverâ and the Jackson 5âs âI Want You Back.â Somehow, the âCry Me A Riverâ cover sounds even more scathing than the J.T. original, and Iâm so here for it. ♦ 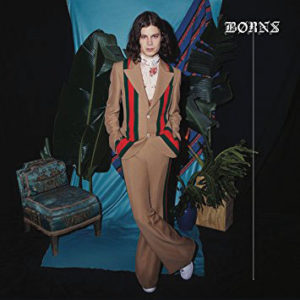 BÃRNS is back with bright and shiny synth-pop on his second full-length album, âBlue Madonna.â For fans who were mesmerized by his debut song âElectric Loveâ and first EP, you will not be disappointed. The 12-song sophomore effort starts strong with opening song âGod Save Our Young Bloodâ and features sultry songstress Lana Del Rey. Lanaâs background vocals are an ideal moody presence on the track.
The rest of the album alternates between frantic electro pop and spacey dream pop. This album is a study in all the different kinds of indie pop. With all the different electro sounds going on, the music does get muddled, and the album as a whole can seem schizophrenic at times. BÃRNSâ soaring vocals attempt to carry you through his Technicolor world, but the songs still end up sounding messy on âFaded Heartâ and âWe Donât Care.â BÃRNS shines brighter on the pared-down track âI Donât Want U Back.â Tame Impala fans might also get a kick out of this track and some of BÃRNSâ more psychedelic offerings. ♦