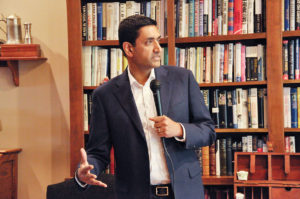 California Congressman Ro Khanna sees so much potential in Jefferson that he brought a delegation from Silicon Valley, the technology center of the nation, to visit the Greene County seat in December.

They both have more to say about this, and will do it in person early next month for what organizers are calling a game-changing celebration for the city and region. 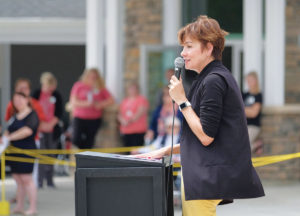 The two leaders, one Democrat, one Republican, will keynote a Saturday, Sept. 7 celebration of national interest as Jefferson and Pillar, part of Accenture Industry X.0, will be hosting an opening celebration of the first rural Pillar forge, or branch, where businesses use advanced digital technologies to transform core industrial operations, worker and customer experiences, and business models.

Jefferson is growing and adapting with a speed and breadth found in few other rural reaches of the nation, a revitalization thatâs lured Pillar Technology, a software company, to the northeast side of the Town Square where it is dramatically revitalizing an historic building into a modern tech center, said Greene County Development Corporation Executive Director Ken Paxton.

The festivities are from 4 p.m. to 8:30 p.m., centered in the Jefferson Courthouse Square.

4-7 p.m. â Forge Open House Tours. Be a part of a guided tour to experience the Forge; learn more about this state of the art technology facility and how it impacts the community by bringing educational and job opportunities for students in rural Iowa.

4 p.m. and 5 p.m. â Parent/Teacher information sessions held at the Sierra Theatre, located next to the Forge. Representatives from Pillar, Corteva, Iowa Central Community College and Des Moines Area Community College will be presenting information on scholarship opportunities available in association with the opening of the forge. Any 7th-12th grade student/parent will have an opportunity to understand the educational opportunities and where to plug into the learning pathway.

7 p.m.- 8:30 p.m. â Bring your lawn chairs. Find a prime seat for the main event on the courthouse square, headlined by Reynolds and Khanna.

âI believe in Jefferson and so should other Americans,â said Khanna, a California Democrat. âIâve been to Jefferson personally, and Iâm proud to add my name to the list of people who see it is a model for a 21st-century small town.â
Reynolds, a Republican, in her Condition of The State speech in January, said a raft of development in Greene County over the past seven years is a model for rural Iowa revitalization.

âIn places like Jefferson, Iowans are already showing that, with ingenuity and drive, our small towns can be as vibrant as theyâve ever been,â Reynolds said.

The Pillar branch will employ up to 40 people â a fact Reynolds enthusiastically referenced in her speech.

Khanna sees the Pillar move as an example of what can happen in other rural communities around the nation.