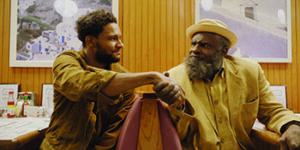 Payton is a young Black man with a chance to marry into the upper echelons of Black society. But first he must abandon a secret â an unborn child with an ex-girlfriend. He is in desperate need of money and time away from his fiancÃ©, who knows nothing about the baby. He finds a solution in wealthy and stubborn Gregory Devereaux (Keith David), an elderly regular from his favorite late-night diner. Hired by Devereauxâs estranged daughter as his caretaker, Payton quickly becomes Gregoryâs confidant, and Paytonâs problems seem to disappear. But as Devereaux nears death â with the wedding and the babyâs birth fast approaching â Gregoryâs past sins force Payton to reckon with his own decisions as a man. He must finally choose: marry rich or do whatâs right. 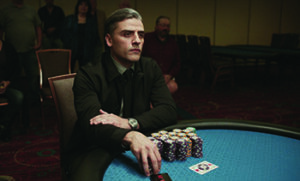 The film follows William Tell (Oscar Isaac), a gambler and former serviceman who sets out to reform a young man seeking revenge on a mutual enemy from their past. Tell just wants to play cards. His spartan existence on the casino trail is shattered when he is approached by Cirk (Tye Sheridan), a vulnerable and angry young man seeking help to execute his plan for revenge on a military colonel. Tell sees a chance at redemption through his relationship with Cirk. Gaining backing from mysterious gambling financier La Linda (Tiffany Hadish), Tell takes Cirk with him on the road, going from casino to casino until the unlikely trio set their sights on winning the World Series of poker in Las Vegas. But keeping Cirk on the straight-and-narrow proves impossible, dragging Tell back into the darkness of his past. 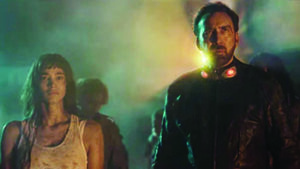 Set in the treacherous frontier city of Samurai Town where a ruthless bank robber (Nicolas Cage) is sprung from jail by wealthy warlord The Governor (Bill Moseley), whose adopted granddaughter Bernice (Sofia Boutella) has gone missing. The Governor offers the prisoner his freedom in exchange for retrieving the runaway. Strapped into a leather suit that will self-destruct within three days, the bandit sets off on a journey to find the young woman and his own path to redemption. ♦