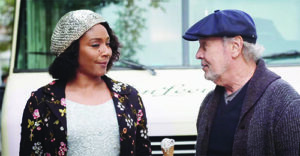 Charlie Burnz (Billy Crystal) is a veteran comedy writer with family issues. Emma Payge (Tiffany Haddish) is a singer whose ex is a fan of Charlie, so he bid on lunch with him at a charity auction. Winning bid: 22 bucks. But she goes instead, and the duo soon become inseparable through a series of misadventures and shellfish-induced hospitalizations. Soon enough, their BFF pairing might even bring forth some of the most fulfilling days of their lives â even if his family doesnât understand it. Together, the unlikely duo form a hilarious and touching friendship that kicks the generation gap aside and redefines the meaning of love and trust. 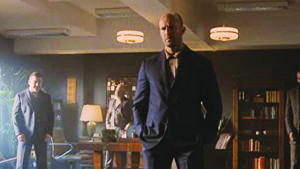 Fortico Security specializes in transporting hundreds of millions of dollars in cash trucks across Los Angeles each week. The newest edition to their team, H (Jason Statham), whose past is unknown to his colleagues, surprises his team when he takes complete control of a heist, taking care of the situation with ease, efficiency and precision. Hit after hit, it begins to seem like H wants cash trucks to be attacked, leaving his teammates wondering who he really is and where he came from. It turns out that H was injured trying to protect his son, who lost his life caught in the middle of a hit on one of Forticoâs cash trucks. Bearing a grudge and driven by vengeance, H sets his sight on catching the scum who took his sonâs life, using his opportunity with Fortico Security to track them down. 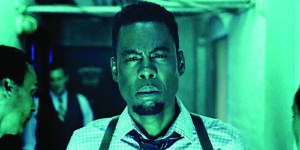 This latest entry in the âSawâ franchise stands out because it comes from an unexpected source: Chris Rock. Not only does Rock star in the film, he also is the one who came up with the story. Here, Rock plays a cop investigating a series of murders that may or may not be connected to the infamous serial killer/elaborate trap builder Jigsaw.
A criminal mastermind unleashes a twisted form of justice in âSpiral,â the terrifying new chapter from the book of âSaw.â Working in the shadow of his father, an esteemed police veteran (Samuel L. Jackson), brash Detective Ezekiel âZekeâ Banks (Chris Rock) and his rookie partner (Max Minghella) take charge of a grisly investigation into murders that are eerily reminiscent of the cityâs gruesome past. Unwittingly entrapped in a deepening mystery, Zeke finds himself at the center of the killerâs morbid game. ♦