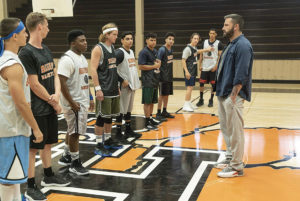 Jack Cunningham (Ben Affleck) once had a life filled with promise. In high school, he was a star player on the basketball team with a full university scholarship. While his life looks to be perfect, things take a sudden turn when, for reasons unknown, he walks away from the game. Jack spirals down, triggered by an unspeakable loss, and drowns himself in alcohol. This eventually costs him his marriage and any hope for a better life. However, when he is offered the opportunity to coach the basketball team at his alma mater, he reluctantly accepts. But the team is nowhere close to the glorious line-up that once existed, and Cunningham finds himself facing the gargantuan task of making them victorious. 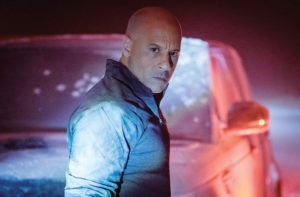 After he and his wife are murdered, marine Ray Garrison (Vin Diesel) is resurrected by a team of scientists and becomes a superhuman, biotech killing machine codename: Bloodshot. Under the watchful eye of RST, a corporation that ârebuildsâ U.S. military assets, Ray learns he is the first successful result of an ongoing program to remake soldiers, only âenhanced,â from resident scientist Dr. Emil Harting (Guy Pearce). But in controlling his body, the company has sway over his mind and memories, as well. Ray doesnât know whatâs real and whatâs not, but heâs on a mission to find out. With an army of nanotechnology in his veins, heâs an unstoppable force â stronger than ever and able to heal instantly. As Ray first trains with fellow super-soldiers, he cannot recall anything from his former life. But when his memories flood back and he remembers the man that killed both him and his wife, he breaks out of the facility to get revenge.

There used to be magic in this world, but technology came along, and that was much easier. So people abandoned magic. Set in a suburban fantasy world of mythical creatures who live much as modern-day humans do â less Middle-Earth, more 1970s fantasy art come to life â âOnwardâ indicates early on that it is going to be a quest movie to discover if there is still a little magic left out there. Our heroes are two blue-skinned elves: weedy, insecure Ian (Tom Holland) and his slow-witted elder brother Barley (Chris Pratt), whose encyclopedic knowledge of arcane magical lore might just come in handy. Their father died before Ian was born, but he left the brothers an odd gift to open on Ianâs 16th birthday: a wizard staff and a spell that would let him return to the land of the living for one day to see how much theyâve grown. As anyone who has seen the trailer will know, the spell only half-works: the bottom half. The brothers have 24 hours to find a gem they need to complete the spell and spend a little time with their father. With his a stuffed torso attached to his glowing waist and legs, Ian and Barley head out on their quest leading their dad along with a leash. And before you ask, the answer is âyes.â âOnwardâ is âWeekend at Bernieâsâ for kids. ♦