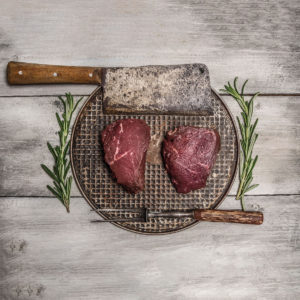 Humankind and its animal compatriots have maintained an adversarial dependency on each other for thousands of years, since long before planting and harvesting were discovered. Survival depended upon hunting and gathering for both sides. Prehistoric humans hunted in packs before the discovery of weapons that could put down a saber-toothed tiger or a bear. The creatures with opposable thumbs gained the upper hand once bows, arrows and rifles were invented. Yet hunting is still called sport.

With beef prices rising and packing plants suffering shortages, could hunting and lockers make a comeback? Most everyone I talked to said we wonât know till deer hunting season comes and goes, but also that itâs a real possibility. So, we looked into game in a historical perspective, hunting down recipes and preparations from the old times of abundance and self-reliance.

Until the latter part of the 19th century, game was so abundant in American city markets that hunting quotas had to be introduced to protect species from being hunted to extinction. Even today, the U.S. and Canada are frustrated by other countries, where much game migrates. British Columbian teal, the culinary king of duckdom, have been slaughtered in huge numbers in Mexicoâs Yucatan. 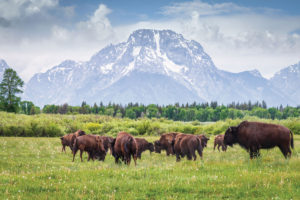 Until the 19th century, the eating of game was not healthy for most people who lived in urban areas. Miss Eliza Leslie, who published several cookbooks in Philadelphia in the 1830s, was a key person in ending the process of eating game that was decayed.

âCut steaks from the loin or haunch of a venison which should be as fresh as you can get it. The strange and peculiar practice of eating black-looking venison (which has been kept till the juices are dried up) is fast subsiding, and no one eats food in which decomposition has occurred. Those who have eaten venison fresh from the forest, where they have feasted on grapes, huckleberries, black berries and cranberries will never be able to relish such that is brought into eastern cities in wagon loads and which are full ofâ¦ white worms similar
to those that occur in old hams.â Miss Leslie wrote recipes for stewed, roasted, baked and even a Wellington version in puffed pastry.

Deer and buffalo fueled American expansion. Native Americans were so dependent upon them for food, clothing and housing that their demise, at the hands of hunters like fictional Natty Bumpo and the mostly real Bill Cody, sped it along. The Mayas were so connected to their game that Yucatan was called âthe land of the turkey and the deer.â

The Mohegan Nation celebrates their Green Corn Festival each August in Uncasville, Connecticut. An increase in the deer population in the U.S. northeast has made a venison stew a feature of the festival. Followers of the Big House religion, carried on by descendants of the Delaware tribe, have an October festival in Copan, Oklahoma. It features another venison stew. Native American food writer E. Barrie Kavasch touts the combination of venison steaks with wild mushroom sauce. He prefers steaks cut from the leg and cooked rare. The word âpemmicanâ for buffalo jerky is Cree and popular with Blackfoot and Creek events.

Most chefs today prefer bison burger to jerky or muscle meat cuts. The animal is leaner than a cow, so grinding the meat with added fat takes away the toughness and gaminess. Some add Worcestershire sauce to a marinade that always includes salt and pepper. Most suggest cooking it a degree less than you would a hamburger. Medium if you like hamburger medium well, for instance. 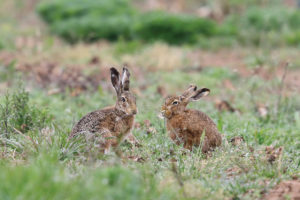 Of all non-feathered game, rabbit is now the most abundantly produced game domestically. Yet rabbit has never been as popular to eat here as it is in Europe, Mexico and Canada. Perhaps they are also deemed too cute to hunt, and then we have this Easter bunny cult.

Iowan and famous food historian Betty Fussell tells about a Cochiti Pueblo annual rabbit hunt. If a girl beats a boy to catching a hare, she changes clothes with him and he wears a dress until he catches his own rabbit. If two women claim the same rabbit and argue, a third is allowed to steal it by howling like a wolf. Fussell suggests that the Cochiti custom of serving baked rabbits with ground peanut sauce works to cut the tough, gamey flavor of jackrabbit.

Maderâs is a Milwaukee restaurant that is likely Americaâs most famous German cafÃ©. (Liberace liked to fly friends there for infamous all-night parties.) They still make hasenpfeffer with wild rabbits, from first snowfall till first day of spring, which is the hunting season in Wisconsin. Because of the tough leg muscles, they marinate their rabbits in a two-to-one ratio of full bodied red wine and red vinegar.

Legendary American chef James Beard considered rabbit inferior to squirrel as a traditional gourmet dish of the American south. The latter is usually considered best broiled with butter bastings, but fricassee of squirrel is also popular when cut in pieces and fried in lard or bacon
grease. It is also roasted whole, stuffed with sausage and basted with Bourbon butter. Brunswick stew is the most famous treatment of squirrel, and every town in the South has a different version, usually with chicken stock and whatever vegetables are in season. Burgoo, the dish of the Kentucky Derby, is similar but with several kinds of game joining squirrel in the pot.

Beard also prided himself in his love and knowledge of duck. He grew up in a famous restaurant in Oregon where all kinds of ducks were common and popular. He always believed that teal were superior to all other breeds of duck, and he popularized eating it bloody rare. He liked it served with currant jelly. He wrote that duck should be seasoned with sage, thyme and juniper berries and flamed with gin.

âDuck flamed in gin is so sensational that I canât believe it isnât done commonly.â

Birds of many feathers 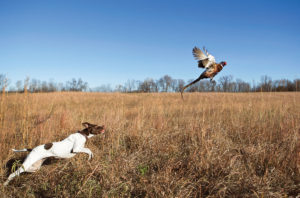 Pheasant season brings more international hunters to Iowa than any other. Saudi Arabian princes have been regular attendees of a hunting lodge in Audubon County. That birdâs fans prepare it many ways. Frying it like chicken with creamy wine sauce is a traditional method on the west coast. In other parts of the country, itâs often preferred in casseroles, usually with cream sauce and brandy, and sautÃ©ed or braised, usually with cabbage or sauerkraut. Many suggest that currant jelly is the best accompaniment here, too. Grouse, also called prairie chicken and ptarmigan, is a type of pheasant, but one that is best to eat young. To test for youth, hold it by the lower mandible. If it breaks, itâs young and should be roasted or broiled. If old, it should be braised.

Quail is so small and lean that it is often overcooked. Thatâs a sin. Usually they are roasted whole, but one famous recipe from the early 20th century, by Mrs. Faber Jones of Webster City, insisted it should be cut in pieces, keeping the breasts whole, with pieces of bread under each part. Dredge with flour and cook it 20 minutes on a sharp fire while basting with butter. Then cut the bread, full of drippings, in diamond shapes to serve with gravy and lemon.

Doves bring out the most vehement criticisms of hunting in Iowa. After all, they are the universal symbol of peace. They are even smaller than quail. Fussell tells about doves being so plentiful in parts of the South that hunters and cooks pull out the breasts and throw the rest
away. She recommends freezing them in rinsed milk cartons of water to prevent air burn. Beard recommends wrapping doves in bacon, broiling and then transferring them to a slow (250 degree) baking dish with sherry or Madeira, lemon and tart apples.

Geese are so mean they are the only birds Tai Johnson Spatt has never raised in Iowa. But they are crazy good eating. Maderâs once served me a âroast shank of the wild gooseâ that I remember distinctly 50 years later. Beard suggests they are best spit roasted but allows that they do fine wrapped in foil so you donât lose any goose fat. Goose is far more popular in Europe and Canada than in the states. Processing of ducks and geese is so expensive in Iowa that most hunters do their own.

Wild turkey season has been growing in popularity in Iowa for years. Native people of Mexico and Central America first domesticated the turkey. By 1511, the king of Spain ordered that six male turkeys and six females be brought to Spain on every voyage of discovery. By 1561, turkey had been banned from banquets in Italy because it was âexcessively luxurious.â Wild turkey is cooked the same way domestic turkey is. That means roasting, baking, deep fat frying, smoking and garbage can style, which is a kind of outdoor oven for barbecue. Beard liked to baste with Cognac. Food scientist Harold McGee says the secrets are to keep the breast portion basted so it wonât overcook before the dark meat is done, and to dry out the skin with paper towels and hair dryers to ensure a crispiness. Beardâs solution is to eat the dark meat while itâs still pink, or even red. Wild turkey has a reputation for being more flavorful than domestic turkey. It has far more dark meat, too.

Popular in France, partridge is gaining fans in Iowa despite being a challenge to cook. It tends to become tough when roasted. Beardâs solution is to bard with fresh barding pork. ♦