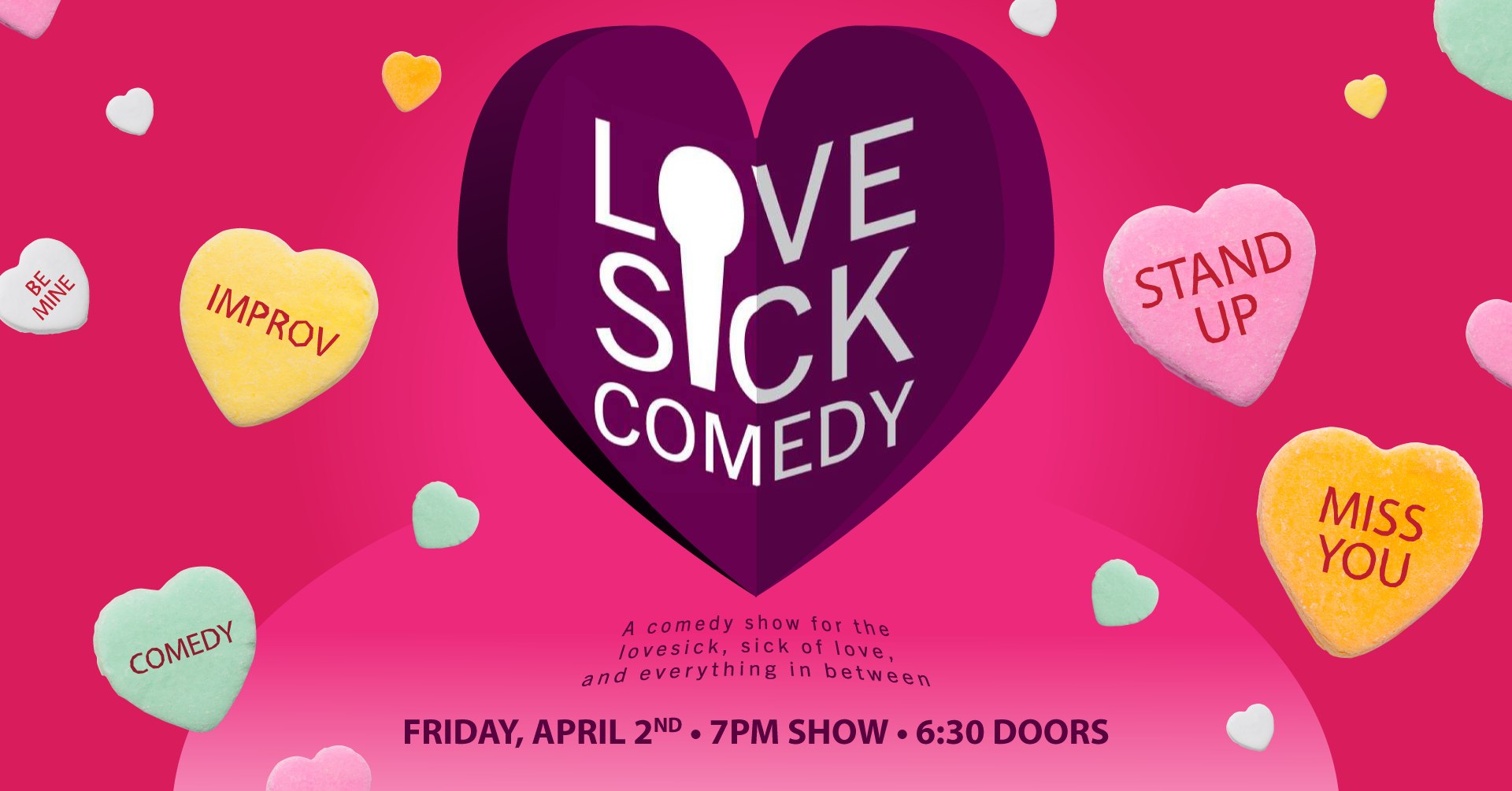 On Saturday April 2nd, Teeheeâs Comedy Club presents Lovesick Comedy. It is a show all about love and relationships. This fast paced show features incredible stand up and improv comedy. The show is for the people who are lovesick, people who are sick of love, and everyone in between. Whether you are in a relationship or not, it is just a hilarious show for anyone who loves comedy.

This show features our standup comics telling jokes all about relationships, dating, breakups, and anything in general. Our standups has performed all over the Midwest and are producers of their own comedy shows. Then, some of the top improvisers in Iowa will improvise scenes based off the standup sets they are hearing for the first time. Our improvisers have performed all over the Midwest and has been featured in many improv festivals around the World. We will be alternating all night, so this fast paced show will give you more bang for your buck. It doesnât matter if you like stand up or improv or both, you are guaranteed to have a great time.

Doors open at 6:30. Show starts at 7:00. This usually sells out, so get your tickets while you can. Tickets start at $15.00. Reserve your seats and tables at Teeheescomedy.com. You might be able to buy tickets at the door, if the show does not sell out. This is a one of a kind show that only Teeheeâs Comedy Club can bring you. Get your tickets, get a drink at the bar, and enjoy some hilarious comedy coming your way. After all, one way or another, we are all lovesick!