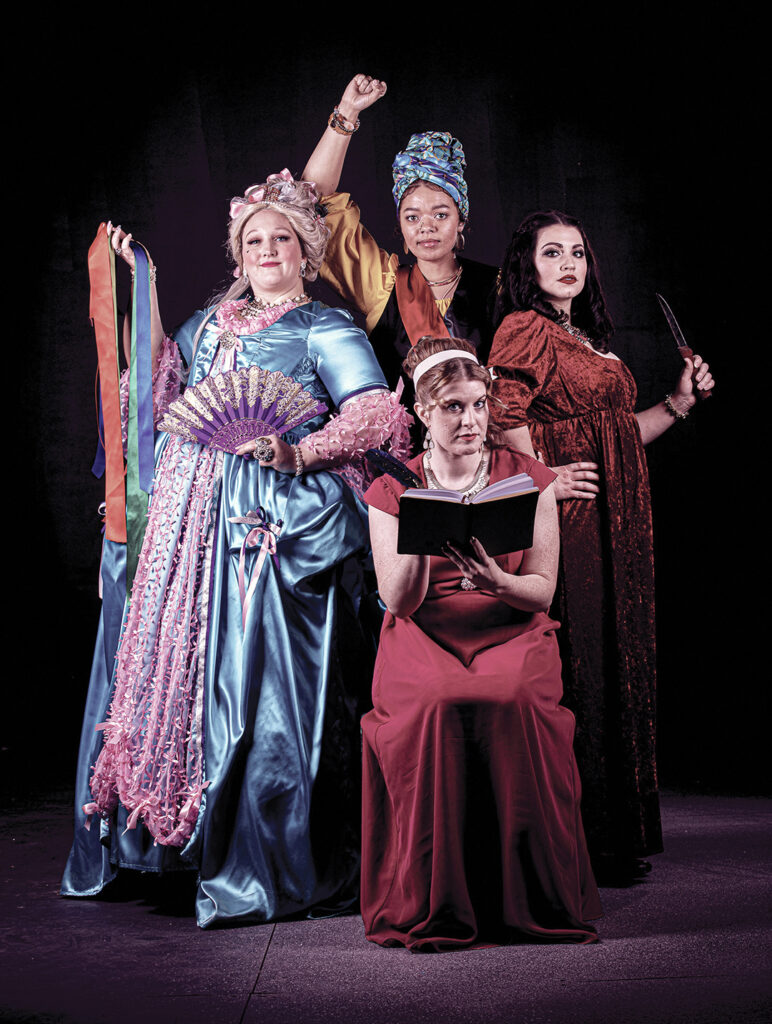 While fallâs Iowa landscape is rife with images of harvesting, theatre companies are now planting seeds for successful 2022-2023 seasons. With many an afterglow from a bevy of fine productions from last immersion from the pandemic doldrums, as exhibited by the array of exceptional nominees presented during this yearâs Cloris Awards event capping the month of August, sights are set on the forthcoming year of continued theatrical excellence in the Greater Des Moines cultural arena.

The producers of live theatre have done an excellent job finding their niches of strength in central Iowa. Beginning with the national power of Broadway touring productions and a complementary array of childrenâs, variety, musical, comedy and other shows, Des Moines Performing Arts anchors each year with its Willis Broadway Series. The Des Moines Community Playhouse, including its signature Kate Goldman Childrenâs Theatre, presents two distinctly enticing programming seasons. Iowa Stage Theatre Company has developed a strong tradition of excellent stage fare, beckoning with ââ¦truthful, relevant and intimate theatre that inspires, enlightens and entertainsâ¦â featuring classic plays as well as cutting-edge new shows. Carousel Theatre of Indianola has a rich, multi-decades tradition of stage production, drawing both performers and production volunteers and audiences to their southern destination with an always appealing season mix. As a strong volunteer operation, Ankeny Community Theatre has developed a loyal following and great community participation in its programming, an eclectic mix of comedy, small musicals and drama. With a dedicated attention to developing young thespians in character-building participation, Class Act Productions (CAP Theatre) has a nurturing approach with its shows. With a more progressive and older youth-oriented engagement, Des Moines Young Artistsâ Theatre offers carefully selected works that provide students, primarily middle- and high school-aged, in not only engaging, but producing, their shows.

One facet of this exceptional diverse scene has sunk deep roots in West Des Moines. Tallgrass Theatre Company has done an exemplary job of developing its brand and production values since it was founded in 2002. Their milestone celebration 20th anniversary year is being marked by what they do, and not what they say.

Since its founding by a group of dedicated theatre friends at the University of Northern Iowa, Tallgrass Theatre Company (TTC) strategically built its presence and reputation without overextending itself as their programming was established. Working with West Des Moines Schools, TTC found their original home in the Rex Mathes auditorium on Vine Street. This intimate space helped TTC establish its niche in presenting smaller productions in an intimate, appealing environment. TTC would continue gradual development of this space, adapting it to better fit production execution. This space would serve as home until about 2018, when WDM Schools shifted its focus, and non-school relationships would eventually be terminated.

While many companies might have given up, TTC board and staff decided to make this an opportunity. Artistic Director Tom Perrine was not to be daunted and led a quest that was not to be denied. The pandemic may have added an extra hurdle to this transition, but transition they did.

âWe moved into the old Skate West building in West Des Moines and remodeled it,â shared Lisa Richards, their volunteer marketing director. âWe didnât even have toilets that worked, so itâs been from the ground up. Weâre really excited about it now. The sound is so good, but it retains that intimacy.â Richards referred to the former Rex Mathes space, which lacked air conditioning.

âWe even have air conditioning,â added Richards, with a chuckle.

TTC continued its methodically, well-planned growth and added an important new programming element. TTCâs Seedlings Childrenâs Theatre education programming was developed in partnership with the West Des Moines Parks and Recreation Department, giving community members an opportunity for their children to benefit from the power of performing arts immersion. The success of this program shows with a premiere production during this upcoming season.

The expansion into childrenâs theatre programming, both education and performance, provides signs of a healthy live performing arts environment throughout Greater Des Moines. Such creative contact gives participating students stronger skills for other aspects of life, and TTCâs Seedlings programming adds to the list of other childrenâs theatre educational opportunities this region offers, from Des Moines Community Playhouse (recognized as one of the top such programs of its kind in the country) to Des Moines Performing Arts, Des Moines Young Artistsâ Theatre, CAP Theatre and Iowa Stage Theatre Company. These companies not only build character and confidence in these young participants, they also are building future audiences and patrons.

Cultural adventurism has never had such a wealth of exploration opportunities. Sally forth and savor many shows this upcoming season. ♦