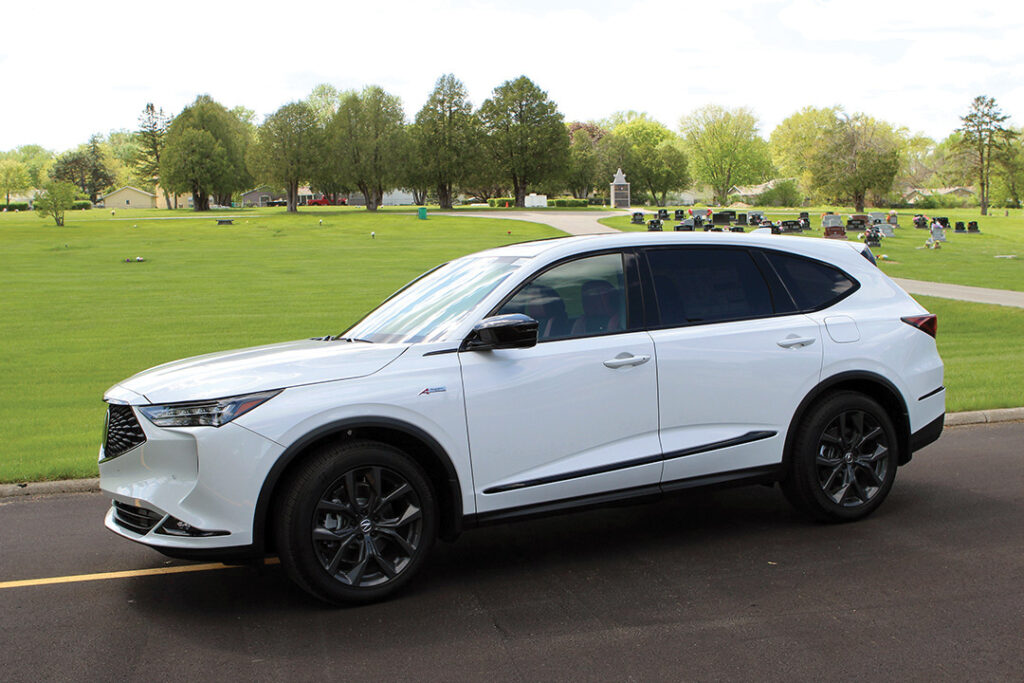 I like the color red. So when I hopped into the Acura MDX with A-Spec package, I ogled over the red and black stitched interior. The exteriorâs premium platinum white stood out as well, with its pearlescent deep finish. Itâs not all about appearance, but when youâre driving a $60,000 vehicle, itâd better look outstanding.

Acura is considered the luxury brand of Honda, which is relatively new in the car manufacturing world and developed in 1986.

Initially, other foreign car manufacturers â such as BMW, Volvo and Mercedes-Benz âdidnât think a Japanese car make could pull off a luxury brand. But Acura works.

Like other car models, their bestseller is an SUV: the MDX A-Spec. There are five different packages/trim levels. The test-driven A-Spec lands about in the middle of the price range. 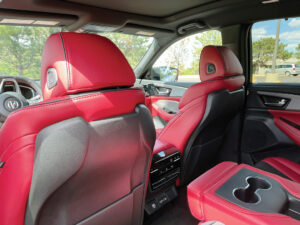 New vehicles feel solid. The bucket seats (did I mention they were red?) consist of Milano premium leather with ultra-suede contrast stitching. The seats were so comfy compared to my 9-year-old sedanâs nylon upholstered seats. The lumbar support hit the perfect spot on my aching back after spending all day hunched in the garden.

The paddle shifters take getting used to, when technically, youâre not shifting a large gear stick. Comparatively, its less work than pushing down the knob on your toaster.

As it was a sunny day, I opened the automatic panoramic moonroof. One unique feature is a moonroof retractable sunshade, so, if the sun is blazing hot, you just close the shade. 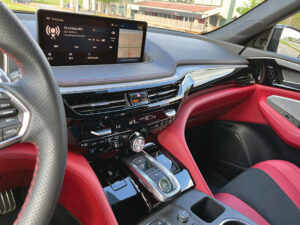 By the way, make sure you press the correct button to close the shade. I thought I was closing it, and, suddenly, I was connected to Acura Link, an app that connects with your vehicle. It asked if I had needed to make an emergency call to 911. Oops. Luckily, I canceled it in time.

Like many other luxury SUVs, the Acura MDX includes many safety features, with backup cameras, lane assist, pedestrian detection and more. With all the summer road construction on Merle Hay Road, the collision mitigation braking system is tested continuously. As traffic crawled, the brake signal flashed on about a half dozen times in a four-block span. I found myself arguing with it â âWhat do you mean? I braked in time!â However, it did command my attention.

Thereâs a wireless charging system, where you simply set your phone down and donât need to plug into a USB port. With its raised corners, it protects your phone from flying off the console during a hard turn.

The Acura isnât a top 25 best-selling vehicle. But the fact that itâs made by Honda, the winningest brand in Car and Driver Magazineâs 10 Best list, should be reassuring.

If youâre looking for luxury and reliability â and a red interior â pick an Acura. ♦