This trend can be attributed to a phenomenon that arose in the last decade: cutting the cord.

As consumers end their cable or satellite TV subscriptions, many instead depend on their Internet provider to stream content from services such as Netflix or Hulu. However, are consumers ready to cut the cord on cable and satellite forever? 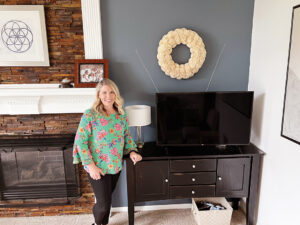 Sarah Miller decided to do away with cable TV in 2011. Photo by Colson Thayer

Sarah Miller decided to cut the cord in 2011. Her decision was not financially driven; instead, she wanted to challenge her family to go without cable TV. The Urbandale family was using Mediacom for their TV services until Miller discovered Mediacom kept changing their channel packaging.

âIt got to the point where I pretty much had the same channels, maybe one or two more with cable than I would just going with the antennas,â Miller said, saying it wasnât worth $65 dollars a month for a few additional channels.

Today, Miller subscribes to Netflix, Hulu and has a free subscription to Apple TV+. She is happy overall with the content the family is consuming.

â[Sports] is one problem that Iâve had over the years. There have been times where we havenât been able to see a certain sporting event,â Miller explained. She remembered times when they had gone out to a bar or restaurant to watch games.

While her family does not include any young children, she feels the content she does subscribe to would satisfy those needs. She pointed out that there are still options elsewhere to entertain kids. Raising her own kids, she used DVDs, which are still an option today. There is also plenty of free content on YouTube and other platforms.

When Miller first nixed cable TV, she thought she would miss it. But, to this day, she has no regrets.

âItâs not for everyone, especially those who like their sports. But if youâre on the fence about cutting the cord, I would challenge a person to try it and see if it works for their household,â Miller suggested.

Most any TV consumer will agree that satellite and cable TV packaging is complicated. DirecTV, Dish Network and Mediacom all offer different channel packages at a variety of costs. DirecTVâs cheapest satellite package starts at $74.99 a month with 160-plus channels. Dish Networkâs cheapest package starts at $69.99 a month with 190 channels. Meanwhile, Mediacom, unique in its position to offer both TV and Internet services, requires a consumer to couple Internet services in order to get their TV packaging. Their Xtream Internet with a local TV package that includes 50-plus channels is $29.99 a month. However, a more comparable number of channels (170-plus) with their cheapest Internet is $89.99 a month.

It is important to keep in mind that each of these companies offers a variety of promotions and deals to entice customers.

This means a family that subscribes to Netflix, Hulu, Disney + and HBO Max will need to spend about $35 a month, for the most basic plans. Adding a live TV service like YouTube TV on top of that will raise the cost closer to $100 a month.

While cost might be a determining factor for one familyâs TV subscriptions, content is also important to consider. Phyllis Peters, Mediacomâs senior director of communications, said, âI did see in industry trade news this week that data on consumer habits point to content availability as a more important factor than costs as the reason for people to drop one video service and choose another.â

Peters explained that linear TV networks â those only available through cable or satellite â decided to sell their content to streaming platforms like Netflix or Hulu. She said this ultimately changed where people are getting their content and weakened the linear system. For example, Hulu recently gained exclusive streaming rights to the popular show âSchittâs Creek.â

This might lend an idea as to why Disney+ added 7.9 million subscribers to its platform during the first quarter of 2022. Meanwhile, Netflix lost 200,000 subscribers. This was the first time the company dropped in subscribers in more than 10 years.

Regardless, Mediacom takes the position that they cannot do anything about âcutting the cord.â

âThe trend of consumers cutting the cord on subscription video is not newâ¦ a ship that already sailed, as they say,â Peters said. âItâs been reported for many years and offset, in a significant way, by the creation and adoption of more and more streaming services.â 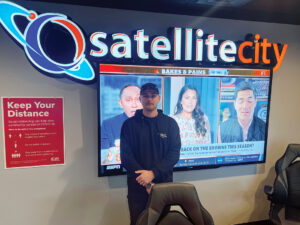 The video marketplace has undergone a âseismic change,â but Mediacom was ready for it. At least, thatâs what Mediacom CEO Rocco B. Commisso wrote in his chairmanâs letter.

âOur early and substantial investments in broadband technology gave us the opportunity to shift our primary business from providing television services to delivering high-speed Internet access,â he wrote further.

âWe have never been a content creator or owner,â adding, âIt is absolutely not the main product or service we sell today.â

Companies like Mediacom, Mi-Fiber and Lumen Technologies, the parent company of CenturyLink, are investing in current Internet infrastructure to increase their broadband and fiber optic reach. For now, companies are limited in their reach as to who can receive high-speed Internet.

Despite the growth of consumers cutting the cord, there is still a strong demand for cable and satellite TV. However, businesses recognize that times are changing. CityAV describes itself as everything audio and visual, but it hasnât been that way forever. The name recently changed from Satellite City.

CityAV Sales Manager Luke Loney explained the reason for the name change, âJust to better incorporate everything we do as a company, instead of just being known as the âsatellite guys.â â

The company is a Dish Network PREMIER Retailer and a DirecTV authorized retailer. The company works with both Dish and DirecTV to offer their TV services locally. The company also installs TV mounting equipment and security technology and does projects and walkthroughs for bars and restaurants looking to install new equipment. Additionally, they are a third-party seller for CenturyLink Internet. The more fiber lines are put into the ground, the more business for CityAV. Loney estimates that a quarter of their business comes from walk-throughs and projects, while 20-35% come from satellite TV installs, services and accounts.

âWeâve actually seen a lot of people come back to Dish Network after doing streaming. Thereâs just some limitations to it still, whether its Internet or channel packages. Thereâs just nothing that really incorporates a full package like what you would get with Dish or DirecTV,â Loney said.

There was a slight drop when streaming first took off, but it has remained steady since. He said the company can open a new Dish Network account every 2-3 days, estimating 150-175 new accounts a year.

CityAV finds that about 80% of new movers to the area sign up for both TV and Internet through them.

Loney joked that he does not see a whole lot of 20-year-olds coming in to set up a new account, but the demographic is generally 30s and above. He named a few reasons that streaming has not completely taken over: software that is not user-friendly, TV brands still do not have the apps to each service, and TVs do not come with full-sized remotes.

âIn the next couple of years, I think [business] will stay relatively the same. I donât think thereâs any streaming platform thatâs good enough to really kill any other method of getting TV,â Loney said, predicting that streaming needs about 10 more years of innovation.

âItâs definitely slowly getting there, but I donât think itâs going to change fully for a while.â ♦