Handing off the baton 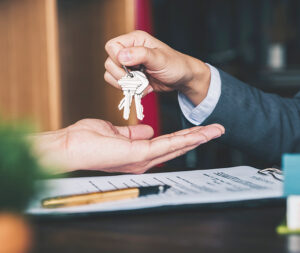 After years of hard work, those who saw their dream of building a successful business come true often begin to see a new dream on the horizon: retirement. To help fund that dream retirement, many business owners rely on cashing in on the blood, sweat and tears they have put into their enterprise by selling it. Of course, many also hope that their business is positioned to continue to succeed under a new owner.

Most businesses transition to new ownership in one of these ways: The owner sells to a co-owner, a key employee, a relative or an outside party; the ownerâs shares are sold back to the company; or the owner wills the business to an heir.

Regardless of the method of transition, maximizing the financial benefit to the owner â and keeping the business sailing smoothly as he or she moves into retirement â takes planning and preparation.

Unfortunately, most business owners tend to wing it. According to a survey by Sikich, a professional services firm, less than 30% of business owners reported having a written succession plan, even though 78% reported plans to use the sale of their business to fund their retirement. (www.sikich.com/insight/survey-reveals-surprising-trends-succession-planning/)

The survey, âwhich provides insights into the attitudes, beliefs and expectations of plannersâ clients about the future of their company and the transition process,â indicated that 28% of owners struggle to find a buyer for their business, and just over half plan to sell to employees (23%) or a relative (31%). 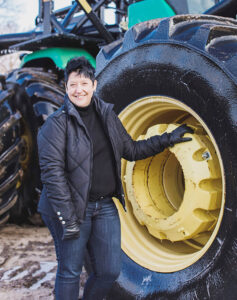 Not usually this easy

Some transitions are almost seamless. Such was the case with Casual Rags Embroidery & Apparel in Indianola. The business was created in 1986 when Lois Van Wyk and her mother, Dorothy Ter Louw, joined forces. The business took off and moved to a new location in 1999.

âIt was never a pressure thing,â says Baker about joining the business. Bakerâs expertise was in landscape architecture, and she was a stay-at-home mom. However, she was looking for âa little extraâ to do, so she started working at the business. She admits her mom âwas glad I did.â

The two enjoy a âreally good relationship,â says Baker, so, when it came time for Van Wyk to retire â or at least cut back â  they began the transition to Baker buying the business from her mother in January 2017.

âThe transition was slow,â says Baker, who credits the ease of the process to âbeing open up front and honest.â Van Wyk has continued to come in to help, which has also contributed to the transition being a gradual one.

Although Baker has three children, she says, âI doubt any will want to take over. But, you never know.â

The importance of planning

Most transitions to new ownership or leadership are not as simple as it was at Casual Rags Embroidery & Apparel. Sometimes more than one key employee or relative is in consideration for taking over. Sometimes, no one in the business stands out as a candidate.

âSuccession planning, by nature, can be complex,â says Rena Striegel, president of Transition Point Business Advisors in West Des Moines, which specializes in helping âclose-heldâ businesses, such as family-owned farms and businesses transition to new owners. âAs with any activity that has an element of complexity, the more clarity that there is, the easier it will be to keep things moving forward.  A comprehensive succession plan should account for not only the transition of ownership but also the transition of management,â explains Striegel.

The SBA concurs: âIf you are passing the business to a family member, you may consider transferring ownership through your estate planning process. Often, however, new management comes from your pool of existing employees. If you have a larger business (such as an LLC or a corporation), succession planning involves preparing people for management and leadership roles in order to replace you or other managers when the time arises.â

The leadership at Charter Bank in Johnston successfully executed a succession plan for its executive management team over the summer of 2021. Chairman of the Board George H. Frampton, President and CEO Tim Heldt, and Marketing Director Deb Heldt all retired from their positions. The plan for their transition into retirement had been formulated years prior, during which time managers were being trained and prepared for new roles.

While not every business prepares managers for new leadership roles for more than a decade, such preparation does take time, advises the SBA. It often means additional training and possibly hiring. Before the transition is made, some aspects of oneâs business plan may need to be clarified or developed.

âOnce you have successors identified, deliberately create a training plan to ensure that everyone involved has time to learn the skills, gather the information, and practice the leadership roles critical to the future success of the business,â advises the SBA. âWhether you are transferring a business to a family member or you are promoting employees into leadership roles, you need to plan ahead. A succession plan takes into consideration the development of future leadersâ skills and abilities. â¦ As the need arises, with good succession planning, employees or family members are ready for new leadership roles.â

Getting on the same page

Industry leaders suggest owners start their succession plan by developing a clear vision for the business so that everyone involved is on the same page.

âIt is important that you and your team are on the same page regarding the vision for your operation,â Striegel says. âIf you are not unified in what you are working to build or sustain, you may find that talking about the future is very difficult.â

âIt is important to have clearly defined roles and agreement regarding what each team member is accountable for,â she says. âDefining roles can also create clarity regarding opportunities for team members to advance, learn new skills or take on more leadership. During transition, this is an important componentâ¦ When incoming leaders believe there is no path or plan for transition, they may become disenfranchised and begin building their future outside of the family operation.â

Team members must understand what is expected of each as well as the processes of the business.

âIf the task should be done the same way every time, documenting the process should go hand in hand with verbalizing it,â she says. âBy monitoring performance weekly as a team, trends can be identified quickly, and adjustments can be made to correct an issue or capitalize on an opportunity in real time.â

âIf your team is like most, feedback occurs only when something does not go as planned,â says Striegel. âIt is important when developing and implementing your succession plan to set aside time to tell your team members when they are doing things right as well as where you see they can improve. Catching them doing something right â and thanking them for it â builds trust and confidenceâ¦.When positive feedback is absent, team members become uncertain, disconnected, and may even feel that their future in your operation is not secure.â

Clear communication and formalizing roles, expectation and feedback are all standard business practices, but they are especially important during transitions.

âTaking the time to create clarity though business planning is an investment in the future of your operation,â says Striegel. âThe more clarity you achieve through consistent communication and leadership, the faster positive results will follow.â

Getting started can be the hardest part

While many business owners may have a retirement date in mind, the unexpected may alter the time line. Illness, family changes, shifts in business climate and other factors may come into play, which is one reason a succession plan should be in place early. It can always be updated, but hurrying through the process can leave the business in a precarious situation.

Striegel specializes in a particularly complicated business to transition to new owners: the family farm. Because of the complex nature of farm assets and tax implications, planning the actual financial and business transactions can take two to three years, she says, adding that working out the âpeople issuesâ is even more time consuming and challenging â so much so that some owners put off dealing with them.

âSome decisions are too hard and are put aside,â says Striegel. However, when the ârunwayâ leading up to the retirement date becomes too short, it means making decisions in âpressure cookerâ situations. âThatâs where the horror stories come from.â

That foundation can include a set of rules that answer questions about who can be an owner. For example, are spouses eligible? It can create employment agreements, outline compensation, establish a code of conduct. All of those take time to work through and to document. However, doing so makes the next transition ânot as painful.â

Itâs all about âprofessionalization of the farm,â says Striegel. Such a discussion is often helpful in other small businesses where family and/or friends are working together and the business is seen as secondary to the relationships involved.

By emphasizing whatâs best for the business, the discussions can be less emotional, says Striegel, who emphasizes to clients, âWhatâs good for the operation will be equally good for the family,â

Striegel encourages clients to take on âsmall bites over time. Put them into practice and see the benefits.â This leads to discussions instead of arguments and starts building momentum. âThey see the value of clarity, and it helps them move forward.â

The transition to new management and/or owners will have a major impact on the business and all involved. Making that transition as smooth as possible allows the business to continue without much disruption and eases the stress on all involved. But it doesnât happen without planning and preparing â and tackling the details as well as the big picture.

Starting sooner, rather than later, is best âbecause starting sooner will give you more flexibility with your planning,â the SBA advises.

That longer ârunwayâ to the transition will allow the business â and the people involved â to take on the next leg of their journey with ease and confidence. ♦