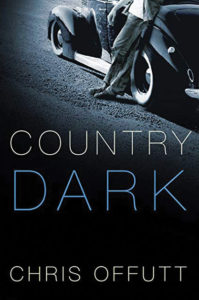 Chris Offutt deftly captures life in rural Kentucky. âCountry Darkâ begins in 1954 when Tucker, not quite 18, leaves Korea as a decorated veteran and heads toward his Kentucky home. Navigating life outside of warfare, heâs not too far into the woods when he saves a young girl from being raped. They escape together, and Offutt fast forwards
10 years when Tucker and Rhonda are married and have five children and a small, tidy home in the hills of Kentucky.

To support the family he loves and is devoted to,Tucker runs âshine at the tail end of the wild timesâ and âhas a reputation for toughness and honor.â Four of his children were born with disabilities, and Tucker takes matters into his own hands in order to keep them at home after a social worker threatens to take them into state custody. When his plan goes awry, his bootlegger boss, Beanpole, makes a deal with him, sending him to prison in an effort to derail the law and help Tucker avoid detection as the perpetrator of the misfortune that befell the social worker.

Tucker ended up in prison years longer than expected when he defended himself against enemies of Beanpole while locked up. Meanwhile, Rhonda âgot the vapors and took to bed for weeks,â so severely depressed that she cannot take care of her children or the household.

Once released from prison and again navigating a homecoming after an absence, Tucker sets out to protect himself and his family from impending trouble. Offutt delivers a thrilling tale of an honorable but fierce man and captures the diction and sense of place of a rich people and geography. ♦ 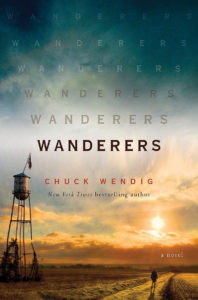 Asking you to read an 800-page book may be asking a lot. It might be worse when I tell you itâs an apocalyptic,
science-fiction horror story. Regardless, I hope youâll trust me when I say itâs worth every page, even if you donât
usually read sci-fi.

One day, a girl wakes up to see her sister sleepwalking. Nothing she says or does can wake her or stop her from
walking towardâ¦ something. Thereâs nothing to be done but follow and try to keep her sister safe. More
sleepwalkers from all across America are found, and, soon, society begins to crumble. This is where the real horror comes in, not from monsters but from the remnants of a frighteningly familiar society in its death throes. The limits of humanity, the power of the crowd and so much more twist this tale into a story so full of emotion, I felt like Iâd run a marathon when it was over.

With a depth of human understanding and a stunning amount of word-craft, Wendig has written a modern classic that will resonate far beyond genre and time. ♦