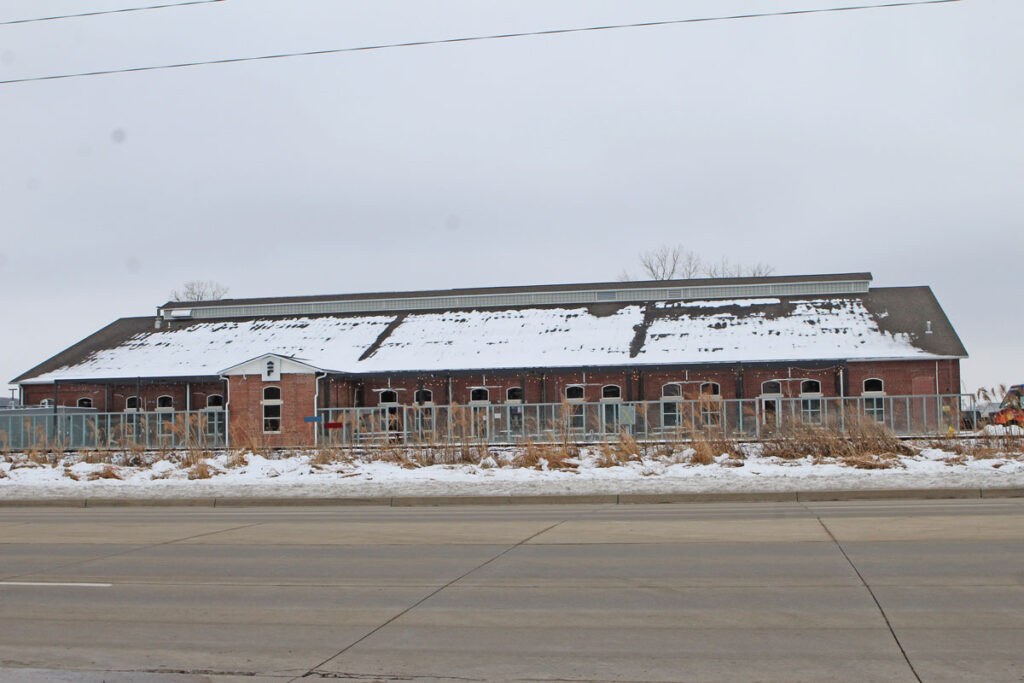 In West Des Moinesâ Valley Junction, a 120-year-old former railcar building houses a three-for-one treat. It includes The Hall, a beerhouse; the Foundry, a distilling company; and a community food kitchen.

The Hall was established three years ago and is a wide-open mess hall, reminiscent of youth camp seating, where long picnic benches seat large numbers of people. The owner, Nick Kuhn, says the seating was intentional, designed to create community.

âWe looked back at history, where people used to sit together in tables that seat 20 people. Weâre trying to force people to sit with strangers and have this thing called a conversation,â he says. âItâs really worked and validated that people want to be around people.â

Although COVID put a snag in togetherness, The Hall is much more than any one thing. Patrons can choose from 66 beers â from dozens of Iowa breweries such as Single Speed, Lake Time, Confluence and more â plus a full bar and wine selections.

On the other side of The Hall is a community food kitchen, a nonprofit called the Justice League of Food, established by Kuhn. It serves as a culinary job-training program for at-risk youth and is part of Hunger Free Polk County.

The Hall used to have food truck offerings as part of its menu. The concept worked â until the pandemic hit, and most everyone scattered and the food offerings became unreliable. Instead, Kuhn hired a professional chef to make food in the vast kitchen.

As a result, if youâre ordering food, youâre doing a good deed to provide for the hungry. When ordering from the FoodWorks menu, 100 percent of the profits go toward the Justice League of Food. In addition to the prepared food, fresh pizzas from 515 Pi and Die Hall German Food are also available on the menu. Order from a kiosk for some fried Brussels sprouts, muffuletta or a queso burger.

The Hallâs community events include trivia, bingo and a rock/paper/scissors tournament. 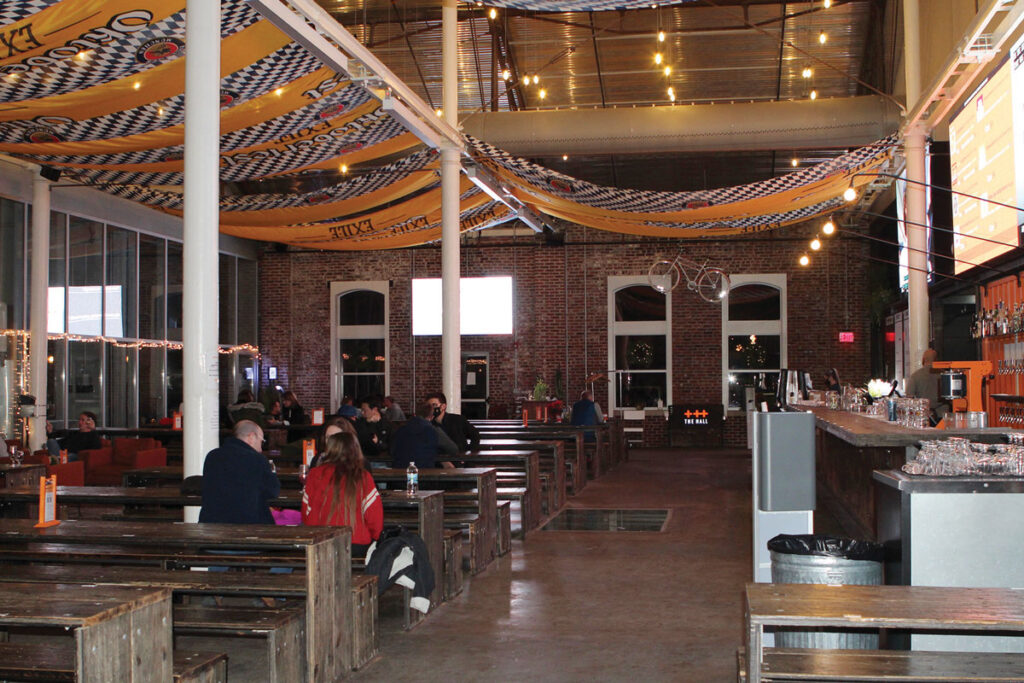 Seating at The Hall was designed to create community.

âPeople have fond memories of playing bingo with their grandparents,â says Kuhn. âAnother popular event is Beer & Hymns, where people sing church hymns and drink beer like thereâs no tomorrow.â

A large outdoor patio, with festive lights and bench seating, is great for groups. At the entrance, read about the different symbols railway people used and how The Hall incorporates them. A sign on the tables instructs parents that, while kids are welcome, they must refrain from using the furniture as a trampoline.

Kuhn was recently awarded Philanthropist of the Year by the Iowa Restaurant Industry for his work in the Justice League of Food and for providing 2,100 meals a month for Hunger Free Polk County.

Heâs happy the concept of building The Hall as a for-profit works to support a non-profit food kitchen.