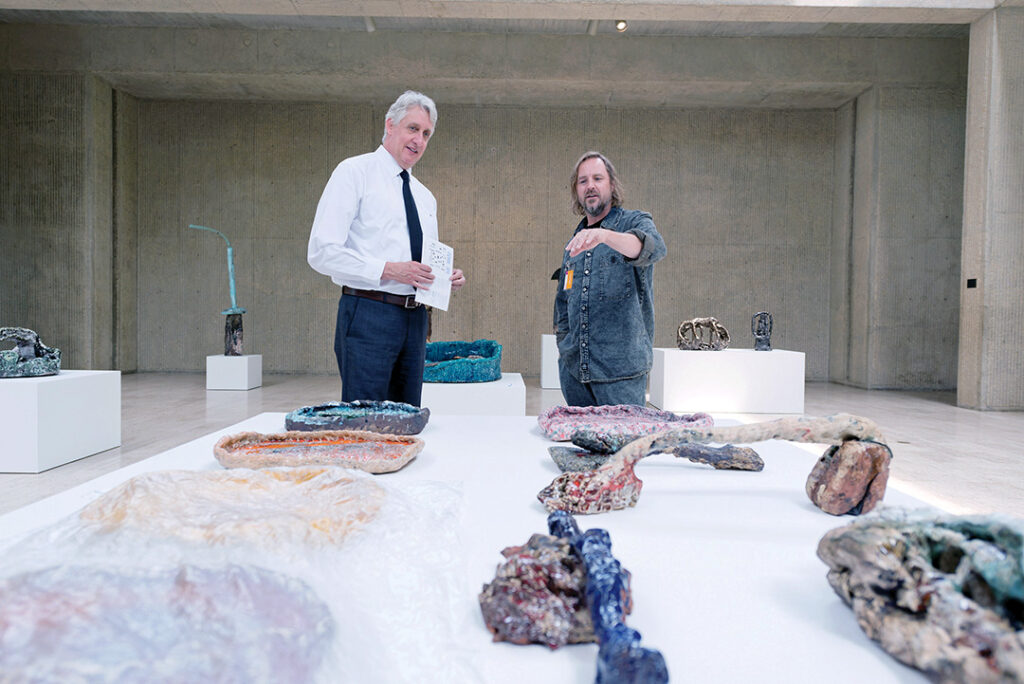 Jeff Fleming is in his final year as Des Moines Art Center director. Heâs been director since 2005 and has worked at the museum since 1999. He was the first director ever hired from within the ranks, and he has been the most successful director of my lifetime, which began before the DMAC did.

Rather than focusing on the past, Fleming moved the museum toward what was happening and what was about to happen. He did that with the grace and good manners of a North Carolina gentleman. The institution badly needed that after a previous director scandalized locals with strange behavior.

Fleming developed unusual contacts with the artists, agents and gallery owners of New York and Europe. He first cultivated those working in New York, and he used them to make amazing things happen in Des Moines. Flemingâs exhibition projects focused on presenting the first one-person museum shows in the United States for younger, international artists. Those included American artists Tom Sachs, John Currin, Ellen Gallagher and Tom Friedman, as well as the British artist Glenn Brown, the German artists Christian Jankowski and Anselm Reyle, and the Chinese artist Yan Pei-Ming. Yan was an incredible coup for Des Moines as he was already the toast of Paris and China. Jankowski told me that he was having so much fun in Des Moines he decided not to sleep until he returned to Germany.

Additionally, Fleming presented the first survey exhibitions of the paintings of Cecily Brown, the drawings of Kara Walker, the ceramics of Sterling Ruby, and the drawings of Neo Rauch. Brown traveled here with her personal posse of mostly vegetarians. She told me that she had been dined in Des Moines at Machine Shed. I asked her what vegetarians enjoyed at that Iowa haven of red meat. âLots and lots of cocktails,â she replied adding, âDonât tell Jeff, these were nice people who meant well.â

Group exhibition projects have included âMagic Markers: Objects of Transformationâ; âAisle 5â; and âMy Reality: Contemporary Art and the Culture of Japanese Animation.â In 2020, he coordinated the major exhibition, âBlack Stories,â and its accompanying publication of community stories with Jordan Weber, Mitchell Squire, and a community advisory committee. Those shows all drew young and diverse audiences, something that the museum needed with an aging membership.

Rather than forget the historic past, Fleming assigned it to the marvelous Print Gallery and its longtime pathfinder Amy Worthen, now retired.

Flemingâs initiatives have been to open DMAC doors to diverse communities, present thought-provoking contemporary art, upgrade the physical facilities, and place the institution on solid financial ground. The mission is already accomplished, but the last act will be fun to watch.