A new summer for the arts

The city would do well to christen this summer as the season of the Lauridsens. 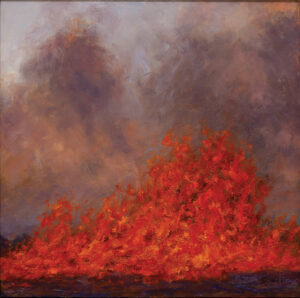 Summer used to mean aestivation for the arts. Music and gallery seasons began in September and ended in May. Everyone fled to the hills and beaches in between seasons. Resort-like places such as Santa Fe, Newport, Monterrey and Ashton took advantage and became de facto summer homes for opera, jazz, pop music and theater. Despite the proliferation of air conditioning, things changed slowly. But how they changed.

Because more people are staying in town more often in summer, the gallery scene is revving up, too. Des Moines artist Jordan Weber was recently awarded the first Harvard LOEB/Harvard ArtLab Joint Fellowship. He will be moving out to Cambridge/Boston for 10 months to research and prototype at MIT and Harvard. That will then be implemented at the Pulitzer Arts Foundation in St. Louis in 2022. Weberâs works often call for social justice. Like Mitchell Squire, he has a national reputation for such. Young artist Cameron Gray is cut by a similar ethic. His work is on view at the Olson Larsen Guild, at Fourth and Maple in Valley Junction. It will be up through July 23. 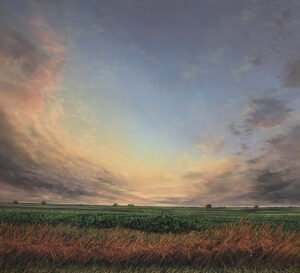 Moberg Gallery is running an exhibition of four female artists: Larassa Kabel, Stephanie Brunia, Rachel Cox and Mary Jones. Each is a unique stylist. Kabelâs hyper-realistic drawings and paintings have a cult following particularly for her suspended horses posed after being hit by 18 wheelers. Brunia first caught our eye with her nymph-like photos of young girls posed like Ophelia or the fairy queens. Cox is another photographer, but her subjects are of inanimate objects looking almost creepy without human accompaniment. Jones is a delightfully whimsical mixed media artist.

The city would do well to christen this summer as the season of the Lauridsens.

Local philanthropists Nix and Virginia Lauridsen gave the naming gift for the brilliant new skatepark by the river. Then they pledged $1 million toward the final phase of renovations at downtown Des Moinesâ Mainframe Studios, billed as the largest nonprofit arts space in the country. Both gifts attack a big Des Moines puzzle â how to attract young workers to the middle of Iowa. Mainframe opened its third and fourth floors in June, more than doubling the low-rent studios.

Once the renovation is complete, Mainframe Studios will have 180 artist studios, up from the current 131. All of the existing studios are rented, and there is a waiting list for the new ones. First Friday events have never been as exciting as they are now. ♦