The untimely and the most timely 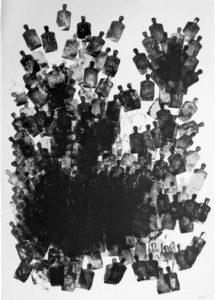 The art world has traditionally had an off-season, usually summer. Before air conditioning, patrons and artists aestivated in the mountains while urban arts venues shut down. The Des Moines Metro Opera capitalized on this by luring talent to Indianola in a season when singers were unemployed by the major companies of the world.

This year, the timing failed. The plague of a deadly virus shut down the friendly confines of the Blank Performing Arts Center like most other venues in the world. In a marvelous gesture of strength, the opera promised to fully honor the contracts of all 200 performers who will not be performing. (Hello, Major League Baseball.) They also are partnering with Iowa Public Broadcasting to have a virtual season rebroadcasting recent performances of âBilly Budd,â âRusalka,â âManon,â âLe Comte Oryâ and âBon Appetit!â Ticket holders were offered a choice of tax deductibility gifts, credit for next year or refunds.

The Des Moines Art Center announced it will reopen in mid-July with free tickets required for crowd control. Galleries are reopening, but no opening nights are yet scheduled.

Steven Vail Fine Arts â Project Room is open by appointment with an exciting new series that fits the current moment like a correctly sized glove. Mitchell Squire, an Iowa State professor, has long worked on art that explores âthe inability to express pain.â One series, exhibited by Minneapolis Institute of Art, created abstract human victims out of police gun practice targets, revealing a dialectical dynamic in an artist whose previous shows, including one at Drakeâs Anderson Gallery, had been serenely meditative.

The works currently available at Vail are called Gladiators. Made in 2013 and exhibited at Minneapolis Institute of Art as well as Chicagoâs Valerie Carberry Gallery and Richard Gray Gallery, the series fools the eye. From a distance, the large lithographs look like âa collection of elegant translucent perfume bottles. Upon closer inspection, the black silhouettes reveal themselves as law enforcement targets â faceless black male torsos â in an arbitrary pile suggestive of a mass grave, the bodies too numerous to count.â That description was written for the Minneapolis museumâs catalogue.

The works Vail has include 44 signed and numbered lithographs 33 by 30 inches. They are printed in multiple shades of black from two aluminum plates on English Somerset paper. In a statement by the artist, he says, âWhile that project capitalizes on the grotesque afterimage caused by successive rounds and accumulative layers â an exaggerated condition that is only perceivable when the gang of actual targets is presented in verso â the gladiator print is a way to examine the affective qualities of that imagery by more direct means. A miniature version of the life-sized silhouette is now the resulting mark of a repeated action; an action that allows me a more visceral grasp of the meaning of exaggeration and its relationship to law enforcement. For it proves impossible to make identical marks and more likely to cause obliteration and blot outâ¦ Gladiators is an extension of my project that utilizes spent law enforcement artillery targets shot through by practicing officers. ♦