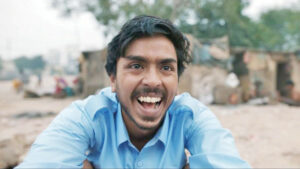 âThe White Tigerâ follows Balram, a poor driver who uses his wit and guile to free himself from servitude to his masters and make his way to the top.

According to our protagonist: âThe greatest thing to come out of [India]… is the Rooster Coop. The roosters in the coop smell the blood from above. They see the organs of their brothers…They know theyâre next. Yet they do not rebel. They do not try to get out of the coop. The very same thing is done with human beings in this country.â

His point, it seems is, that like those confined to the rooster coop, the oppressed refuse to put their head up and break away from oppression and persecution by the rich.

Similar to âParasite,â what âThe White Tigerâ seems to wonder is if wealth can ever be removed from the inherent privilege it provides. We see the luxurious lifestyle led by the rich whilst the poor have to stay in the darkness and sleep in areas infested with cockroaches. At times it may feel heavy-handed, but Bahrani infuses a lot of clever dialogue with interesting metaphors that are sure to stick with you.

Hopping between 2000 and 2010, âThe White Tigerâ follows protagonist Balram Halwai (Adarsh Gourav, and played as a child by Harshit Mahawar), who narrates his life story as part of the longest email to a complete stranger ever written to the (now-former) Chinese Premier Wen Jiabao, who is visiting India.

âThe White Tigerâ flashes back to show young Balram (Harshit Mahawar) in his village of Laxmangarh in Northern India. He knows English and is promised a scholarship in Delhi. Although Balram was a strong student, his grandmother pulled him out of school to work at the family tea shop, hammering chunks of coal. His father would soon be dead of tuberculosis. And his brother was forced into an arranged marriage, hindering any chance he may have had to leave. While he will never step foot in a school again, his learning does not stop as he keeps a keen ear open for any opportunity.

Fast forward again to his email exposition, and we hear Balram is an entrepreneur, he boasts, but he came from nothing. The only way out of that lower-caste life was up, so when Balram overhears that the villageâs landlord, nicknamed the Stork (Mahesh Manjrekar), is looking for a second driver for his returned-from-America son Ashok (Rajkummar Rao), Balram decides that person will be him. While heâs overly deferential and obedient at first, it becomes clear rather quickly that Balram has been angry for a long time, impacting his interactions with the Stork and his family as we sense that something terrible is right around the corner.

Your enjoyment of this film will likely depend on your knowledge of India and any interest in learning more. The unknown cast is phenomenal, but the biggest praise goes to Adarsh Gouravâs first lead role. Gourav is exceptionally convincing as Balham, and the transformation from the village underdog to driver of the super-rich and the eventual entrepreneur who shapes his own destiny is more believable than you can imagine, and one who will likely connect (at least in spirit) with many viewers. Gourav shows a good range, demonstrating his comedic timing and funny expressions, but also an emotional side that truly elevated some of the best scenes in the entire movie. Thereâs a particular scene where heâs told to take the blame for something he didnât do, and Gouravâs eyes and facial expressions convey so much about what heâs thinking.

With the help of cinematographer Paolo Carnera, the story is filmed at ground-level, putting the viewers in the dirty, smelly, impoverished streets of different places across India, generating a realistic atmosphere. The dim lighting and desaturated look bring to light the issues the film is presenting. As Balram refers to the poor as âthe darkness,â there is a looming sense over the entire film, once again adding to the idea of classism.

âThe White Tigerâ is an intriguing drama filled with social commentary thatâs sure to make you think long after the final frame. ♦