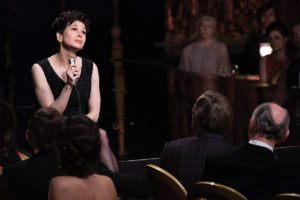 Winter 1968 and showbiz legend Judy Garland (RenÃ©e Zellweger) arrives in swinging London to perform a five-week sold-out run at The Talk of the Town. Itâs been 30 years since she shot to global stardom in âThe Wizard of Oz,â but if her voice has weakened, it seems her dramatic intensity has only grown. As she prepares for the premier, battles with management, charms musicians and reminisces with friends and adoring fans, her wit and warmth shine through. Even her dreams of love seem undimmed as she embarks on a whirlwind romance with Mickey Deans (Finn Wittrock), her soon-to-be fifth husband. Featuring some of her best-known songs, the film celebrates the voice, the capacity for love, and the sheer pizzazz of âthe worldâs greatest entertainer.â 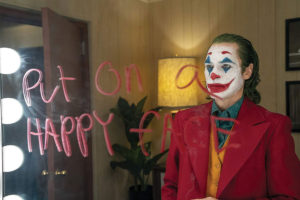 You wonât find a more controversial (or better reviewed) movie these days than the hotly anticipated âJoker.â The film premiered in late August at the Venice Film Festival to an eight-minute standing ovation, eventually going on to win the Golden Lion, the festivalâs highest award. Focusing on the iconic arch nemesis of The Dark Knight, this standalone story explores Arthur Fleck (Joaquin Phoenix), a man struggling to find his way in Gothamâs fractured society. A clown-for-hire by day, he aspires to be a stand-up comic at night but finds the audiencesâ laughter is directed at him (not with him). Caught in a cyclical existence between apathy and cruelty, Arthur makes one bad decision that brings about a chain reaction of escalating events in this gritty character study. 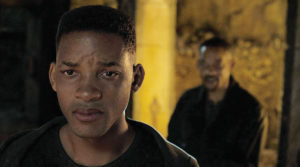 âGemini Manâ is an innovative action thriller starring Will Smith as Henry Brogan, an aging elite assassin looking to exit his career, who is suddenly targeted and pursued by a mysterious young operative who seemingly can predict his every move. To his horror, he soon learns that the man who is trying to kill him is a 20-years younger, faster, cloned version of himself. Smith double-dips in this film as he plays both the aged and younger assassins, which is shown eerily with the help of de-aging techniques and special effects. Even though it is an action movie, the movie has a philosophical touch in it. When one of Smithâs characters asks why canât he kill his pursuer, he replies, âBecause heâs me.â In an interview with Deadline, Smith says this is not only an action film, âbut an exploration of what oneâs younger self can ultimately teach oneâs older self.â ♦