Ryan and his daughter Meghan

And a Waffle House mug 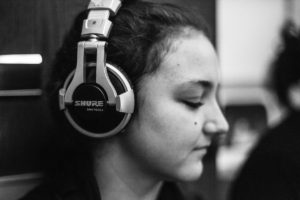 Ryan and his daughter Meghan traveled up from Springfield, Missouri, to stay with me on their way to Duluth, Minnesota. They were on their way to visit his brother before they headed back down to Madison to spend Thanksgiving with his folks. I donât get many father/daughter travelers who stop in to stay with me, but these two were a hoot.

Southern Missouri doesnât seem like your original homestead. Where are you originally from and why Springfield, Missouri?

No, itâs not, I am actually from Duluth. I met Meghanâs mom while we were in college together at the University of Minnesota Duluth campus. My parents actually moved away during that time to Madison because my mom got a new job. Plus, my dad was retired and looking for a change. My brother is three years older than me, so I ended up moving in with him while I finished school. So I met Meghanâs mom, and she was a year below me. After I graduated, we knew we wanted to start a life together, so I just got a job on the port while I waited for her to finish school. We moved to Springfield in 2003, and Meghan was born in 2004.

What do you guys do in Springfield?

Well, I actually write for a well-known political website (for obvious reasons, it cannot be named) and travel a lot for work. My wife works for John Deere. Based on that information, you can probably tell why my daughter and I are couch surfing and my wife is flying. She actually had to work a few days more than we did, so she is flying, but she is definitely not as adventurous as us. We like to keep things interesting, and I enjoy the father/daughter time we get. Even if itâs kind of shady, like staying in the home of strangers as we travel to see our family.

This trip with your daughter, do you two often travel like this together?

We have talked about it but never saw it through until now. I mean she is just at the age where I can take her on a trip like this, just the two of us. I probably wouldnât have done it two or three years ago. The interesting part is that she has developed her own opinion on things, and you are stuck in a car with her for six or eight hours while she tells you whatâs wrong with the world. Never bring up politics, âFantastic Beastsâ or Olympic Swimming with her. I admire her having her own opinions, but her voice is like an automatic weapon; she pulls the trigger, and the opinions just come flying at you. You donât even have time to fire back let alone think of something clever to say in return. She is into podcasts, not music. So I got her those headphones for her birthday this year. We used to let her listen to them in the car with us, but as soon as we would start talking, she would tell us to be quiet so she can hear. It was long-suffering.

I havenât asked about the risks of couch surfing in a long time, but I am going to throw this out there since you are traveling with a 13-year-old.

Last thing. You asked me if I wanted anything from Springfield, Missouri. I asked for one thing, and it is the first time I have ever taken anyone up on this.

You asked for a Waffle House mug. I will have you know that these are not sold at the one we stopped at. I literally put it in my backpack and left some extra tip money. This doesnât fall under the same life skills I am trying to teach my daughter. ♦