Politics in the workplace 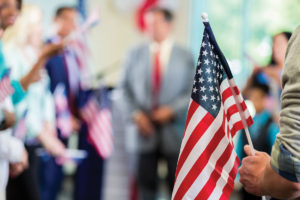 Iowa is a political hotbed during most presidential election cycles with its first-in-the-nation status of the Iowa Caucuses.

Because of that â and the fact that it is a General Election year â thereâs bound to be workplace discussions about candidates, issues or politics, in general.

Public and private employers have different legal requirements under the First Amendment to protect an employeeâs right to free speech, as well as other workplace policies that pertain to race and gender. With that in mind, here is what every business owner or manager should know.

The rules donât apply the same to every employer 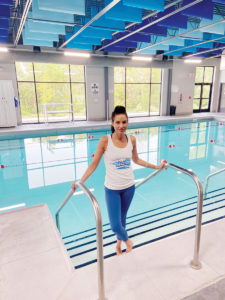 Ariel Pleva, the owner at Natavi Swim School in Grimes, has worked to implement workplace policies that curb offensive speech.

Private employers donât have the same consideration, and employees of a private company are not part of a protected class for political speech, says Michele Brott, an attorney at Davis Brown Law Firm in Des Moines who practices human resources and employment law.
Most private employers â especially those in Iowa, a place considered to be a hotbed of political discussion â take a middle-ground approach. They donât outright ban political talk at the water cooler, but that talk canât disrupt work.

âItâs not so much about what theyâre saying, but if itâs starting to impact work,â Brott says.

Thatâs what happened at Natavi Swim School in Grimes. Owner Ariel Pleva had a general code of conduct policy that was given to new employees, and she outlined her expectations and requirements to those she hired.

âI felt like it wasnât specific enough to do with politics, but it was a general umbrella about how to behave in a workplace: Be responsible and respectful. This is what I need out of you,â says Pleva, who has 30 employees.

That changed in 2019 when Pleva had two employees on polar opposite sides of the political spectrum. The receptionist was a liberal. After Pleva would leave work for the day, the employee started honing in on a teenage swim instructor she knew grew up in a religious household that was conservative and opposed to gay rights and abortion.

âThe first conversation was about âOK, youâre Republican and have these values, and Iâm liberal and donât agree with that,â â Pleva says. âIt kept going on for two weeks, and it got worse. The receptionist would start picking on the girl and telling her that her parents were brainwashing her into being a Republican and religious, and being against abortion and gay rights. She told her, âYou should run away and get away from your family.â â

When Pleva found out, she put an immediate stop to it.

âIt should never be discussed in the workplace, and you should never, ever grasp onto somebody and make them feel terrible about who they are and what they believe in,â she says.

The receptionist was given a warning and agreed not to discuss religion, politics or sex at work. She was later fired for an unrelated offense. Pleva apologized to the other employee on behalf of the company and the receptionist.

âSheâs a great employee, and I wanted to make sure she knew it,â she says.

As a result, Pleva edited her policies to ban sex, politics and religion from being discussed at Natavi.

Discussion can cross into other off-limits areas

Political conversations can fall into the realm of protected conversation when race, gender or religion are discussed. In these circumstances, it can become a civil rights or equal opportunity employment issue, Brott says. In those cases, and when the conversation is not suitable for work or is offensive, workplace conversation needs to cease.

At a public workplace, employers need to more closely analyze any political discussion because public employees are protected by the First Amendment. However, if the discussion begins to affect the workplace, then the employer can begin to limit or regulate it, Brott says.

Some political discussions also can turn into harassment, as was the case at Natavi. Pleva says she immediately stopped the discussion, in part, because she didnât want her business to be sued.

Attorneys recommend employees come to employers with any political conversations or comments they feel are unprofessional or make them feel uncomfortable or bullied. Reports of harassment and bullying should be kept confidential, and no employee should be retaliated against for coming forward with accusations.

Any employer who receives a report of harassment should act immediately and explain to all employees that conversations about politics can make other employees feel uncomfortable or attacked for their beliefs.

Off-duty conduct may fall under guidelines

Outside of work, employees may need to refer to their employerâs codes of conduct or social media policies to ensure their activities, actions, posts or works do not conflict.

Overall, Brott says she recommends a fair and balanced approach when it comes to politics in the workplace. Political conversations are naturally going to happen because itâs at the front of the news cycle.

According to HR Simple, an online human resources source for large to small companies, employers must determine whether thereâs a legitimate business reason to limit an employeeâs political activities away from work. These could include damage to the companyâs reputation, disruption to the workplace or employee morale, potential legal liability to the employer, or loss of business relationships because of the employeeâs conduct.

If a legitimate reason does not exist, employers run the risk of claims of discrimination or invasion of privacy for trying to regulate non-work-related conduct. 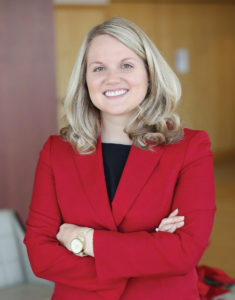 Michele Brott, an attorney at Davis Brown Law Firm in Des Moines who practices human resources and employment law, says that, in most cases, employees of a privately owned company are not part of a protected class for political speech.

Clear employment policies and expectations are the best way for employers to control political discussions in the workplace, human resource experts say.

A policy needs to be in place and specifically outlined, so that, if an employee is in violation of the policy, the employer can discipline or fire the individual, as long as the policy has consistently been applied to all employees.

HR Simple recommends reserving discipline or discharge in those cases where the employeeâs conduct interferes with his or her work or causes a disruption in the office.

At Natavi, Pleva announced the change in policy at her monthly employee meeting. At each meeting, she also conducts a customer service training. She made one about politics and customers and guided employees in appropriate conduct.

She told them: âIf you hear them talking separately to someone else about it, you ignore it and let it go,â she says.

There are other types of policies that can affect politics in the workplace. All must be uniformly applied:

â¢ For those companies that have non-solicitation policies, itâs important it is implemented evenly, both for an employeeâs childâs fundraiser, as well as the individual who wants to pass out political literature, according to HR Simple. This policy can only restrict solicitation during work hours, not lunch breaks or other breaks.

â¢ Establish a neutral dress code that prevents employees from wearing T-shirts and other clothing that may display allegiance to a particular candidate or party. The code can also address badges and buttons; however, union law does not fall under the same policies. The National Labor Relations Law protects labor-related issues such as unionizing, wages and working conditions.

â¢ Prohibit employees from using an employerâs company equipment such as bulletin boards, copy machines, telephones and computer systems for any non-work-related activity.

For all policies, human resource experts suggest employers send out reminders to employees of their policies in the weeks leading up to an election.

âItâs not practical to restrain employee dialogue all of the time,â Brott says. âIf it becomes offensive or it disrupts work, not because one disagrees, but because the debating prevents work from being done or employees canât think because others are talking, then employers need to respond so they can keep the workplace appropriate.â ♦