Living the American Dream while uneasy about a nightmare in Afghanistan

From a rural village to Kabul to Johnston 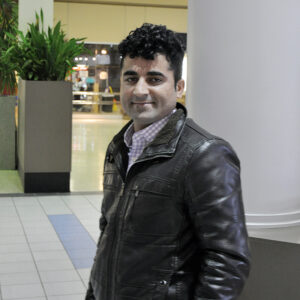 Nabi Mohammadi worked as a translator and cultural advisor for the U.S. Army before moving to Johnston. Photo by Jeff Pitts

Once upon a time and a half a world away, there was a little boy in rural Afghanistan named Nabi Mohammadi. It was the early 1990s, and Taliban forces were gaining momentum. But that didnât yet matter to the youngster. Each day, the lad watched his father leave to teach school, and Nabi wanted nothing more than to follow. He was bored.

âIf you want to get anywhere in life,â his father frequently informed him, âyou have to know the international language â English.â

In 2001, after the events of 9-11, the Americans came and Nabiâs father decided to move the family to Afghanistanâs capital and largest city, Kabul. The change brought challenges, but Nabiâs father seized the chance for his kids to have a better education and more opportunity.

Kabul offered a much different high school experience than in the U.S. Nabi enrolled in evening classes so he could work during the day. His family depended on his support.

After several years, through a chance encounter with a friend, Nabi learned his hard-earned English proficiency could land him work as an interpreter for the U.S. armed forces. It was risky. If the wrong people found out, like the Taliban or their friends, bad things could happen, but he was ready.

After a myriad of tests, Nabi found himself working with U.S. forces, including the Iowa National Guard, and on April 29, 2010, he narrowly escaped a Taliban rocket-propelled grenade.

âI could have been dead today,â he told his friend, Dalton Jacobus, an Iowan serving at the time in the Iowa National Guard. This incident led Nabi to apply for a Special Immigrant Visa, which would allow him to come to the U.S.

âDalton helped me apply for the Visa, and he was the reason I moved to Iowa,â he says. âCaptain Patrick Hendrickson of the Iowa National Guard, who I was assigned to work with, gave me the recommendation letter.â

Still, Nabi wasnât done improving himself. He worked two jobs while juggling his course load at DMACC and Grand View University. He graduated âdebt freeâ with a degree in information systems.

âIn 2019, my wife and I became U.S. citizens,â Nabi beams. âI was so grateful and so thankful for the opportunities we have. It was one of the greatest days of my life. Iâm a proud American now.â

Johnston is home for Nabi and his family. He works full time at Principal as an IT analyst. In his âspare time,â you might find him driving for Uber or delivering food to earn extra cash â plus, he coaches his sonsâ youth soccer endeavors.

Living the American Dream is a dream come true, but itâs marred by the knowledge that his loved ones who helped make it happen â including his mom and dad â are left living a nightmare in Afghanistan.

Last summer, Nabi returned to visit his native country and to reconnect with his family â but his trip coincided with catastrophe.

âThe assumption was,â according to President Joe Biden, that the 300,000-plus U.S. trained-and-equipped Afghan National Security Forces would be a strong adversary against the Taliban. That assumption âturned out not to be accurate.â As American troops pulled out, the Taliban quickly re-established control.

âWe were lucky to get out just a few days before the collapse,â explains Nabi.

Anyone who had worked alongside Americans in Afghanistan is supposed to be allowed âsafe passageâ out if they want, but Nabi says his family is âat great riskâ as they work to put together the essentials needed to join him.

âI canât even help my own family right now,â he says in frustration.

But Nabi is working with Sen. Zach Nunn and Task Force Argo, a group of private citizens working to evacuate Americans and Afghan partners who are stranded. According to its website, the group has helped evacuate more than 2,000. One of those was Nabiâs brother, who had served as a major in the Afghan army.

For now, the efforts of Nunn and Task Force Argo have paused. That means Nabiâs parents, siblings and extended family who have fled their homes must remain in hiding, apprehensive of the future.

âHopefully we can still find a way to get them out,â he says. âHow long can you live in fear?â ♦