COMPILED FROM THE IOWA LIVING MAGAZINES

At some time or another, most of us have looked into our family trees, wondering what might be discovered among its branches. Might we find âroyal bloodâ? Or perhaps that our ancestors arrived at Ellis Island, or labored on the Panama Canal? Many have embarked on a genealogical quest for answers, including those who shared their discoveries with the Iowa Living magazines. 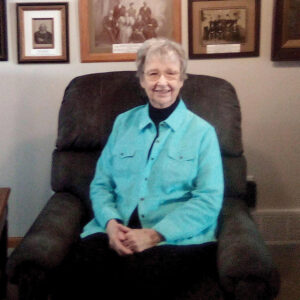 Awhile back, Theresa Hoover went to the Jefferson County Courthouse with her cousin, who was doing research on their family history. There, she found their great-grandfatherâs will.

âWhat a thrill,â Hoover says. âFrom then on, I went with my daughter and different cousins to meet relatives and do research. A lot of people do the family tree, so I started collecting pictures and stories.â

Today, Hoover has about 40 large notebooks filled with stories and pictures. Sheâs researched her husbandâs family as well.

âTo me, itâs fascinating to see what my great-great-grandparents looked like and hear about their lives back in the 1800s.â

Hoover has also met relatives from Canada to Arizona to North Carolina and in between.

As an extension of her passion for researching family history, with the help of two cousins, Hoover has started hosting a family reunion.

âThe word goes out and even more relatives come that we have not met,â she says. âThe best part of genealogy is meeting relatives I didnât know. They have all been so nice and invite us into their homes and share their life with us.â 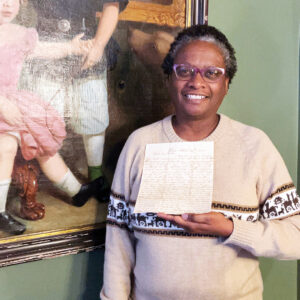 Ricki Kingâs curiosity about her family roots piqued her interest when she was in her 20s, but she found a disturbing roadblock.

âLots of Black people donât talk about their history. I finally solved why my family never talked about it,â she says.

âThey were lynched in Missouri â thatâs why they stopped talking about it. I solved the riddle. It took me 10 years.â

Since that discovery, sheâs been on a mission to uncover more of her family â as well as other Black Iowansâ ancestry and history. King serves as a volunteer researcher at Jordan House and the West Des Moines Historical Society.

One trend she noticed: Some people make up family histories.

âWhen it comes to slaves â Iowans had slaves. People donât want to mention that in their history. They might say, âI donât want my family to have owned slaves,â yet documents and history prove otherwise.â

She says she is excited to make connections and looking at old documents is thrilling.

âIt brings me joy. It gives me a glimpse back into the past and captures my imagination. I want to learn more.â 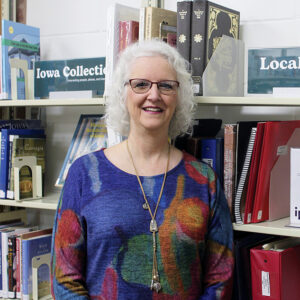 Denise Core, who recently retired from the Indianola Public Library after 16 years, is no stranger to hunting for family history and other historical information, having handled many research requests.

But one day, she had an unexpected surprise when a couple from Arizona came in to look around the libraryâs genealogical section. They asked her if she happened to know any Dixons or Shaws living in Indianola.

âI about fell over because that was my mom and auntâs last name,â Core says.

The husband had written a family history book and was hoping to glean more information. At that time, most people were still listed in the phone book, so he was just hoping for a phone numberâ¦ not to actually meet a member of the family at the local library.

âIt was serendipitous that I happened to be in the library that day because I worked part-time, and Iâm pretty sure my co-workers would not have connected those names to me,â she says.

The Arizona relatives ended up staying several days to visit, and they enjoyed sharing more family information as well as touring Madison County together. They remain in touch to this day. 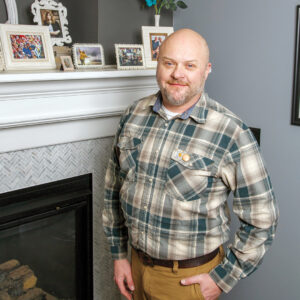 For some interested in tracing their roots, itâs about more than learning about their ancestors; itâs about finding out who they are. Such was the case for Michael Blair.

âI was stunned when I was told as a young adult that the man who raised me was not my biological father, and that started my search.â

He and his wife, Amy, searched for 25 years with the help of private investigators, lawyers and genealogy experts but had no luck. Finally, in December 2016, Blair took a DNA test.

âI found out that, in the Ancestry database, my DNA had matched with people I never knew existed. I reached out to the relative who was the closest DNA match. Luckily, my message was answered and, with her help, I found my bio-father.â

Though things didnât work out well with his biological father, Blair says he is glad he knows the truth. Blair has continued to search for additional family members.

âItâs super exciting to connect with anyone that shares a portion of my DNA. Seeing familiar faces and recognizing quirky personality traits never gets old. We share a historyâ¦ one I want to get to know more about.â