Once cigarettes have grabbed hold of a person, it is difficult to break free from thm. Thankfully, todayâs world has come a long way from the days of smoke-filled rooms and a lighter in every pocket. With products like nicotine patches, gum and inhalers â among many others â a growing number of smokers are putting the cigarettes away for good. ♦ 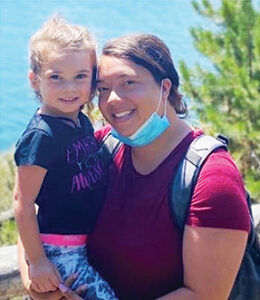 Right before New Yearâs, Ann Willett was diagnosed with Stage 3 epithelial ovarian cancer. Doctors first thought she had a prolapsed uterus as sheâd just given birth to her son in November, but they found a tumor instead.

As a nine-year smoker, Willettâs diagnosis gave her a wake-up call.

âIt all came to me,â she says. âIâm still young â Iâll be 24 this month â and I can fight this. But, with all the bad habits, it was harder being sick, which has changed my thought process. I pray a lot more lately since finding out, and I told God if he sees me through this that I would quit smoking and change my habits completely.â

In February, Willett quit by tapering herself off the cigarettes. Now, she can focus on her health and future.

âI have one cancer already; it seems redundant to give myself another cancer,â she says. âI have two kids who I want to be around for.â 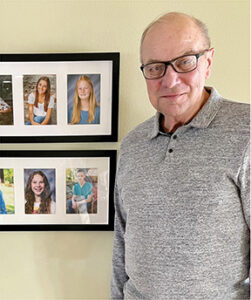 Sports, especially football, have been an important part of Mike Mallbergâs life. He played in high school, then at the University of Mississippi.

âI started smoking in college because I thought it was cool,â says Mallberg, âand most of the athletes back in the â60s were smokers.â

A lung cancer diagnosis at age 52 convinced him to quit for good. The surgery that took the cancer also took one of Mallbergâs lungs.

Currently, Mallberg serves as a high school football umpire. He pushes young athletes not only to follow the rules of the game, but to live a healthy lifestyle.

âMy advice is, âDonât start,â â he says. âAnd, if you smoke, recognize the cost, not only to your wallet, but to your health. I would use the phrase John Madden used as a coach for the Oakland Raiders: âDonât worry about the horse being blind, just load the wagon.â In other words, donât give excuses about why you canât quit, just do it.â 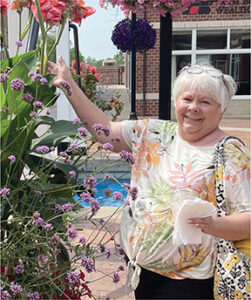 Karen Alles began smoking in 1965 mostly as the result of peer pressure and âwanting to be cool.â

She was a heavy smoker from then until 2003. That year, she had a wake-up call in the form of a nightmare.

âI dreamed my little granddaughter, Taylor, was standing over my grave crying hysterically and screaming, âYou killed my grandma,â â Alles says. âThe next day, the shopper came with an article for a class called Freedom from Smoking, which was offered by our local hospital and taught by Kim Hulbert. I called and enrolled. With Godâs help, I followed the steps and quit on April 23, 2003, and have not smoked since.â

Allesâ advice to those trying to quit?

âHave an accountability partner,â she says. âOne of the tips I still use today when the urge strikes is to inhale deeply, hold it like you did when you were smoking and then exhale slowly. It works.â 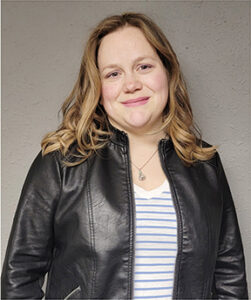 If at first you donât succeedâ¦

Growing up surrounded by smokers, Erika Johanik bought her first pack of cigarettes on her 18th birthday.

Her journey to quitting has been riddled with false starts and stops.

âI stopped smoking when I got pregnant with all three of my children, but, after they were born, I started back up again because I was always around it.â

Johanik has tried multiple methods to quit: from nicotine patches and spearmint gum, to vaping and even hypnosis. Most strategies didnât work â but she hasnât let that discourage her.

âHaving a good support system and those to help keep you accountable and understanding helps a bunch,â she says. âBut stay strong and work through it.â

As of right now, Johanik has been cigarette-free since New Yearâs Day after slowly weaning herself off starting in November.

Her advice is to not beat yourself up if you arenât perfect the first time.

âEveryone has slip-ups and off days,â she says. âItâs what makes us humans.â