Many cities and towns in the greater metro area have been experiencing steady to explosive growth for some time. CITYVIEW compiled the progress reports of four such places from our sister publications, the Iowa Living magazines. Meet four leaders from four local communities that surround Des Moines and read all about their success. 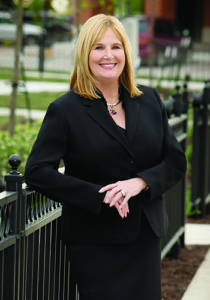 From its humble beginnings â John and Sarah Fletcher moved to the area in 1874; the town was incorporated in 1903 and consisted of 1 square mile â Ankenyâs population has exploded. As of U.S. Census data from 2019, the city now has upwards of 67,000. But the last year has had its share of challenges.

âThe chamber and members rallied together,â says Todtz. âIt was heartwarming to see. There were businesses in town that were doing really well, and they were donating money to make sure the smaller locally owned small businesses were staying alive. And they were doing it on their own. Now, itâs 2021, and I would say the business community is strong and resilient, and itâs growing.â 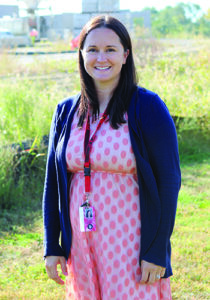 Three taverns, two churches and a D.Q. Thatâs what early Polk City was known for in the 1970s. Since then, dozens of businesses and developments have made their way to Polk City.

Polk City was incorporated in 1875 when it was called the Big Creek Settlement. It contained a scant 630 people. Big Creek was built to save Polk City from flooding. Settlers and developers were confident the town would grow because of the lake. They were right.

Matching that growth, North Polk School District, established in 1956, has ballooned to four schools with another on the way. It employs approximately 335 staff members, making it the largest employer in the North Polk area. The district has approximately 2,000 students.

âWe are at a great size to be large enough to be able to offer events and activities, but also small enough that students and staff are able to be involved and feel personally connected,â says Amelia Clark, human resources director for North Polk Schools. 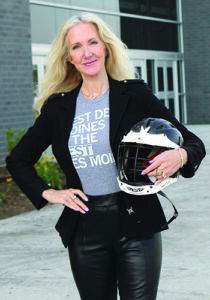 âWe want to show people that West Des Moines is the best place in America to live, work and play,â says Katherine Harrington, president and CEO of the WDM Chamber.

They must be doing something right. West Des Moines frequently tops an array of âbest ofâ lists, including a âMoneyâ magazine No. 1 Best Place to Live in Iowa in 2018.

âWe donât have palm trees or snow-capped mountains,â Harrington says. âWe have safety and a high quality of life.â

That quality of life includes Raccoon River Park, 65 miles of trails, and 1,323 acres of parkland. Being at the forefront regarding diversity is also key. Kara Matheson was recently promoted to senior director of Workforce Development. The city also recently hired their first Diversity, Equity and Inclusion director, Audrey Kennis. 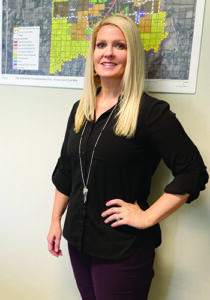 Settlers first arrived in the Norwalk area around 1846, and the city was incorporated in 1900. For the next 100 years or so, the town remained mostly residential, but that began to change 20-30 years ago. Norwalk is one of the fastest-growing cities in Iowa and has grown 43% since 2010.

Location is the key growth, but so are the people.

âWe are proud to say that Norwalk has been ranked one of the safest cities in Iowa for five years running,â she says.