âThe front page of the Internetâ has everything in place to be the next YouTube. 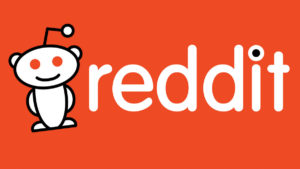 The Internet can be a fickle place when it comes to success. For years, a business can be gaining steam and acquiring users or customers and then suddenly, BANG! Youâre MySpace. With many of these hard-luck cases, the fortunes of a website seems to be pure capitalism; if the public finds your service and enjoys it, then you will be in business for the foreseeable future. But that only works in a vacuum where advertising and word-of-mouth donât exist. If the Internet were a true âking of the hillâ meritocracy, Reddit would be nearing the summit.

If you arenât already on Reddit, it is likely you have heard of it. Between its great personal heading âthe front page of the Internet,â its passionate following, and content-related scandals, Reddit has produced more than a modest amount of awareness. With nearly 250 million active users, Reddit is nearing Twitterâs size with a fraction of the organizational infrastructure and zero marketing budget. Reddit employs fewer than 300 people; Twitter employs more than 3,000. Twitter actively advertises on popular television shows and spends billions to stream live media, whereas Reddit barely advertises and only recently initiated a native video player. Twitter is publicly traded and talked about across the world for the trending topics on it at any moment. Reddit has virtually the same amount of traffic although traditional peer-to-peer chat is in its infancy and not popular.

Therein lies the true difference between Reddit and its social network peers; users donât go to Reddit to share personal pictures or make peer-to-peer connections, but they follow topics and share media, ideas and other content with virtual strangers. That âfront page of the Internetâ moniker is more of a planted flag stating that they are an online newspaper, not a cafeteria. Users can follow others like every other social network, but Reddit is more about subscribing to areas of interest. In fact, when you visit a userâs profile, you wonât find a collection of personal photos, videos or even a profile picture. Basically, Reddit is all about sharing links and media to the newsfeed.

The lifeblood of Reddit is users subscribing to content silos or âsubredditsâ where they can post content, comment on posts, and, most importantly, vote posts up or down. More like YouTube views than anything else, up votes tell whether a post will rise in the Reddit ecosystem. As a post gains up votes, it rises up a subreddit leaderboard. If it gets down votes, it sinks. As those up votes and comments die off, the website algorithm will sunset a postâs position on the leaderboard. If a post receives an incredible amount of upvotes and comments in fast order, it will find itself on the âpopularâ feed of hot posts â basically Redditâs version of trending topics. It is a simple democratic system, broken infrequently for advertisements.

Another reason Reddit hasnât been invaded by grandmothers and âinfluencersâ is the dark underbelly to the network. It is traditionally an anonymous, make-up-your-own-rules forum. Back in 2014 when a multitude of female celebrities had their iCloud hacked and personal photos shared online, Reddit was ground zero for that sharing. These women were victims of high-profile crimes and rather than immediately rejecting these posts and banning users, Reddit let the posts sit until other users reported them. Today Reddit polices its content more, but the iCloud black-eye lingers. Brands and celebrities donât want to associate with vile commenting and lascivious content.

Still with a Facebook backlash growing and online users looking to regain any level of privacy, Reddit may be the ultimate destination. While it may never grow to be a corporate nightmare of Microsoft or Apple proportion, after 13 years of keeping a low profile, Reddit already has everything in place to be the next YouTube. ♦