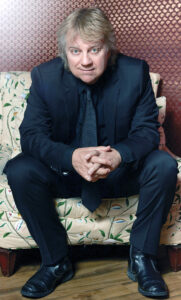 Tom Hambridge will open and play drums for Buddy Guyâs concert at Hoyt Sherman Place at 7:30 p.m. on Wednesday, June 15.

Hambridge is the opening act, singing and drumming his original music. At the end of the set, heâll meet a few fans, change clothes and rush into his next act: drumming for the legendary blues musician Buddy Guy.

Drumming for Guy is just a fraction of Hambridgeâs varied musical career.

His career started out as a session drummer for a variety of musicians. After the recording finished, heâd listen to the tracks and notice things were âoff.â

âIâd be disappointed,â he recalled. âA link wouldnât work. I didnât want to hand it off.â

Or, heâd drum to âmediocreâ songs. He said, âIâd suggest writing a better one. Weâd stop and Iâd help rewrite it. I want everyone to dig the record. Iâd rather keep the bar high.â

Thus, his career in writing and producing other musiciansâ songs took off. Heâs produced, written or drummed with musicians such as George Thorogood, Delbert McClinton, Susan Tedeschi and more.

For his efforts, heâs won four Grammy awards and been nominated eight times. Heâs won countless Blues Music Awards, including Blues Drummer of the Year in 2022. During the 2022 Blues Awards, three of the albums he either drummed for or produced won awards.

âI had my own records competing against each other for the same category for my drumming,â he said. âBut they all seemed to win.â

Hambridge began drumming before he was in kindergarten. He started writing songs in third grade, when he played his first paid gig. As he drummed and wrote, heâd suggest the band try his new songs.

âThe guys in the band asked me, âWhat are you doing?â They all wanted to keep playing their Led Zeppelin or Aerosmith songs,â he recalled. âI was constantly the weird guy in the band.â

Today, as he listens to the radio, he may hear six songs in a row in which he either played or produced â yet he doesnât always get the recognition.

âIâve been able to play on so many amazing records,â he said. âItâs a secret smile. I like the fact that people donât realize Iâm actually playing drums on the record.â

In his long career, heâs witnessed changes in music. Vinyl records is what Hambridge misses the most about how music is distributed.

âYouâd find the record info in one place. If you were a player, your name would be on the album, along with the singer, guitarist. Iâd always read the drummerâs name and who wrote the song. Iâd discover and learn about new people and buy one of his records.â

He continues, âI feel bad for some young folks with Spotify and streaming â you donât get all that information when itâs online.â

He also recalls when one of his records hit the Billboard Music Charts, which documented how many fans bought the record

âIf I had a song on Billboard, I could do the math and know Iâd earn nine cents per record for royalties,â he said.

His latest win was a Grammy for drumming on Buddy Guyâs album.

âWe were sitting in Buddyâs limo, and I thought Buddy knocked it out of the park with the win, and thought that was the only one. Then Buddy said, âLetâs make another one.â â

Hambridge continues to write songs and perform with Guy.

âItâs an honor to play with him. Heâs beyond legendary. He commands the stage,â he says. âI hope in 50 years, my music stands the test of time and fans are still loving it.â ♦