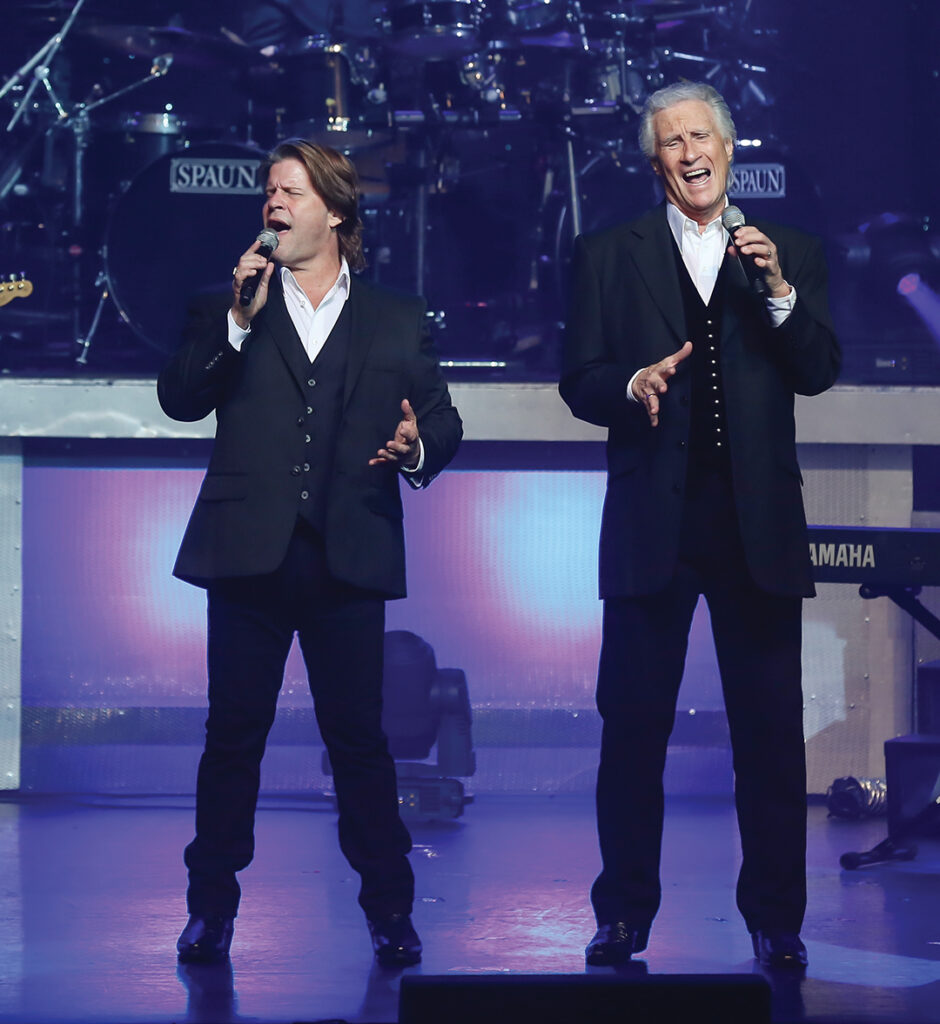 Blockbuster movies include A-list actors, a compelling story and, usually, a feel-good ending. What ties it all together? Itâs often a memorable musical soundtrack.

The Righteous Brothersâ songs hit on that perfect combination for several movies in the 1980s. Remember the movie âGhost?â  â the pottery wheel scene where Patrick Swayze and Demi Moore sensuously mold clay while âUnchained Melodyâ plays, âIâve hungered for your touch.â

You can hear these songs, the âDirty Dancingâ theme song, âThe Time of My Lifeâ and more when the Righteous Brothers take the stage at Hoyt Sherman Place on April 30.

Bill Medley, one of the original co-founders of the Righteous Brothers, says the movies reignited their career.

âHaving success was a wonderful surprise. The 1980s movies brought Bobby and I back,â says Medley.

Medley and Bobby Hatfield formed the Righteous Brothers in 1963. Known as âblue-eyed soul pioneers,â Medley sang in a rich baritone while Hatfield sang higher vocals. When they recorded albums, the pair would sing their own solos, as well as sing duets together.

âPhil put it on the âBâ side of the record for some reason. But the radio stations played it anyway. It was something of an accident,â explains Medley.

The pair opened for The Beatles and the Rolling Stones early in their career. Their song, âYouâve Lost That Loving Feeling,â was, at one time, the most played song in radio history. They parted for solo careers then reunited in 1974, playing hundreds of concerts. After several music awards, they were inducted into the Rock and Roll Hall of Fame in 2003.

Shortly after the honor, Medleyâs life was upended when Hatfield died in 2003.

âWhen Bobby passed away, it was tough emotionally in every respect. It was the most difficult time in my life. I was lost,â he reflects. âIt was like a marriage  â  losing a partner. It was a monstrous thing.â

The grief he experienced halted his performing  â  and he didnât perform until 13 years after Hatfieldâs death.

âFriends told me I need to keep the Righteous Brothers alive for everyone to hear,â he says.

It was impossible to fill Bobbyâs shoes, as he was âirreplaceable.â However, Medley ran into singer Bucky Heard.

âIf I would do it, heâd be the guy,â he recalls. âHeâs phenomenal.â

Heard joined Medley in 2016, and the pair have toured since then. He credits his friends for getting him out of a rough spot.

âGod bless my friends. They had more hope than I did. They were sure I needed to be out there. Thank God I ran into Bucky. Heâs a wonderful man and a great singer,â he says.

âWe have such a good time on stage. I feel like weâve been let out of prison,â he says.

He takes time for his family. His daughter, McKenna Medley, is on tour with him. Medleyâs friends once again gather around him, now that heâs single.

âIâm a one-trick pony. Singing has been my life,â he says.

The audience will be treated to musical classics, taking fans back in time with feel-good music.

âI love to sing. Iâm 81, and to be able to come on the road and perform to an audience who was raised on this music is wonderful,â he says. âI hope the audience gets as much joy as I do.â ♦