70 years of music for Gil Davis 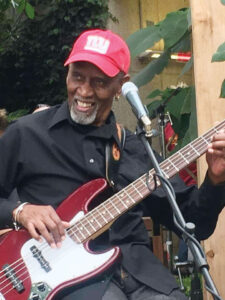 Gil Davisâ music career includes a No. 3 hit record on the Billboard music charts, a performance at the Apollo Theater in New York, and he is an inductee into the Iowa Blues Hall of Fame.

A No. 3 hit record on the Billboard music charts. Inductee into the Iowa Blues Hall of Fame. Performance at the Apollo Theater in New York.
These are just a few of the accomplishments of Gil Davisâ remarkable 70-year musical career.

Davis, 80, a bass guitarist and singer, began singing in church with his brother and sister in Des Moines. When he wanted to play the bass guitar at age 14, he borrowed his brotherâs six-string guitar, removed two strings and called it a bass.

In 1963, Davis recorded a record with the Blendtones, a doo-wop group. Their song âLoversâ hit No. 3 on the Billboard R&B charts. The single was recorded in a Chicago studio, but the label was Success Records in Des Moines.

Davis later moved to New York, then settling in New Jersey. In 1968 he talked his brother, George, into joining him in the music scene.

âI told George the music was wide open in Jersey,â explains Davis. âSo Billy Crawford and George got in on a Sunday, and we played the following Friday.â

Throughout the years, Davis toured and recorded albums. He played Asbury Park in New Jersey at famous clubs such as the Orchid Lounge, Stone Pony and the Cave.

A dream came true with his performance at the Apollo Theater in New York City. The Apollo was known for showcasing up and coming Black musicians. 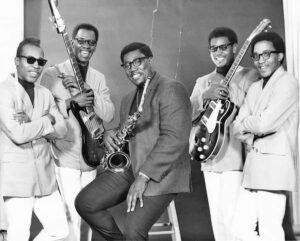 âIt was the highlight of my career,â he says. âIâll never forget playing the Apollo.â

The group toured, meeting celebrities and other musicians. Davis met boxing champ Leon Spinks in Canada. But soon the touring stopped and he became a minister for 17 years, eventually moving back to Des Moines in 1999.

He played regular gigs at the former Blues on Grand with his brother. Currently, they play together with the Sumpinâ Doo band. Prior to COVID, they played weekly gigs at the Elks Lodge.

In 2003, Davis was inducted into the Iowa Blues Hall of Fame, four years after his brother attained the same honor.

Davis has always played R&B and blues music, so he knows music today has changed.

âI like music that says somethingâ he says. âSometimes music brings you to tears of joy. Thatâs what real music is.â

His priorities have evolved through the years.

âWhen I was younger, it was all about the notoriety, popularity and getting the girls,â he admits. âToday itâs the joy and satisfaction of playing. When it all works together, it feels like you just sat down and enjoyed a home-cooked meal. Thatâs musicâs purpose, to make
people happy.â ♦