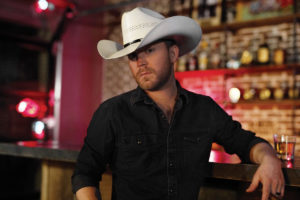 Growing up in Arkansas, Justin Moore listened to country music greats such as George Straight and Dwight Yoakum. Now he is fortunate to be touring with another admired musician, Tracey Lawrence.

âItâs a huge honor to do a tour with Tracey,â says Moore. âIâve been a huge fan, and itâs someone Iâve looked up to for years.â
Moore and Lawrence bring their âLatenights and Longnecksâ tour to the Des Moines Civic Center on March 26, along with guest Lainey Wilson.

Since Moore picked up a guitar as a youth, heâs found success with eight No. 1 Billboardâs Country hits. He also won a Country Music Award for new artist of the year and is nominated for country song of the year, âThe Ones That Didnât Make it Back Home,â a heartfelt song about people suffering loss.

âItâs a huge record for us,â says Moore. âItâs cool when a song transcends and impacts peopleâs lives in a positive way. It strikes a chord with those who lost loved ones â military, teachers, firefighters, you name it. It was a song for them.â

The response from fans is gratitude.

âIâve had people at the grocery store walk up to me and tell me, âThe song helped me through the loss of my brother.â We wrote it to honor those men and women. It was simple as that,â says Moore.

Mooreâs songs have matured through the years, partially because Moore has four children. He works his tour schedule to keep important family events a priority. He says, âI coach ball teams and stay involved. I make the most of my the time when Iâm home. Music is fun, but it ainât as important as my family.â

He says he âwouldnât be anythingâ without his talented bandmates, together for 13 years.

âOur success is due to a high-energy show,â he says. âWeâre like brothers and super close.â

Moore says his honesty with who he is as a person is relatable, as is evident with his No. 1 hit, âSmall Town USA.â However, heâs still getting accustomed to fans approaching him.

âWhy get a pic with me?â he asks. âWho wants to talk to a guy from a town of 300 people in Alabama? I didnât get in it to be famous. I got in it because I wanted to play country music.â

Despite the attention, he appreciates fans connecting with his honest lyrics.

âFolks share a lot of similarity to myself,â he says. âObviously we wouldnât be in this position if it wasnât for the fans. Itâs the understatement of the century.â ♦