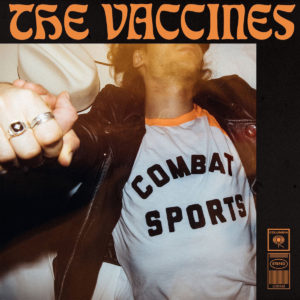 On The Vaccinesâ 11-song fifth album, âContact Sports,â the band of Brits offers track after track of colorful post-punk garage rock. Itâs almost as if each song â lyrically and musically â was designed to be sampled in an Apple commercial (I think one song actually has been) or independent film. In fairness, much of The Vaccinesâ early material sounds this way, too. Lead singer Justin Hayward-Young has admitted in an interview that he realized his lyrics were âreally cheesy pop songsâ and has chosen to embrace it in his writing.

On âCombat Sportsâ lead single, âI Canât Quit,â The Vaccines stick to what they know, churning out another frantic rock banger. âOut On the Streetâ is my favorite, mostly for the gentler, catchy (not by much, because itâs The Vaccines, after all) chorus. ♦ 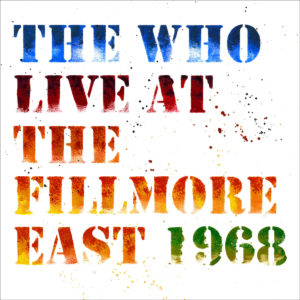 âThe Who Live At The Fillmore East 1968â

Fifty years ago on April 4, 1968, Dr. Martin Luther King was assassinated. On the same day, The Who arrived in New York City to play the Fillmore on Manhattanâs Lower East side. The next two days, The Who recorded the concert live and planned to release the two-day album. But that never happened. Equipment failure from the April 5 concert meant only the April 6 concert was recorded.

To commemorate the 50th anniversary, The Who released âThe Who Live At The Fillmore East 1968â on April 20. The completely remastered set used the original four-track tapes and includes two CDs and three vinyls. Short, raw recorded tracks include âHappy Jackâ and âIâm a Boy.â One never-before-released tune, âCâmon Everybody,â made famous by Eddie Cochran, is spot on guitar by Keith Moon and Pete Townshend.

The highlight of the set is the entire second CD. A rendition of âMy Generationâ lasts a whopping 33 minutes. Roger Daltrey explains itâs their final song and exclaims, âItâs an old one, but a good one.â The melody flashes in and out from the original version, and at the end of the song, a piercing, screeching metal sound is supposedly of Townshend smashing his guitar onto the stage.

Classic Who. Itâs a keeper for your live, classical rock music collection. ♦