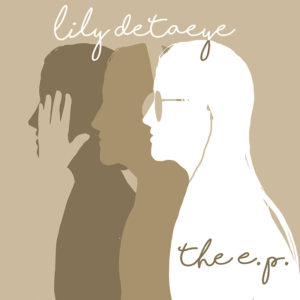 Lily DeTaeyeâs debut with Station One Records is every bit as commanding and thoughtful as I thought it would be. I expected nothing less from the 19-year-old, who at such a young age has amassed an impressive enough local resume to make her a mainstay of the scene before she even hits legal drinking age. The four-song EP showcases the singer/songwriterâs full and comforting voice, bringing it to the forefront of each song, and rightfully lets the somewhat sparse musical arrangements complement her vocals.

DeTaeye offers folksy pop rock on âThe E.P.â and opens on a high note with âShoulda Known Better,â which finds DeTaeye regretful that, yeah, she shouldâve known better. Same, girl, same. âDowngradeâ opens with jumpy (in a good way) piano playing and DeTaeye sings of boys who have downgraded, and all I can think is I didnât know I needed a song about observing the downgrade date of a former flame until now. By the way, Iâm sensing a theme here. Label mate Danny Heggen (of MAIDS) makes an appearance on the fourth and final track âHouses,â where DeTaeye sings âLove is as even as an old gravel road.â I wonder how someone so young can be so wise? It makes for a beautiful and apt ending to the solid release. ♦ 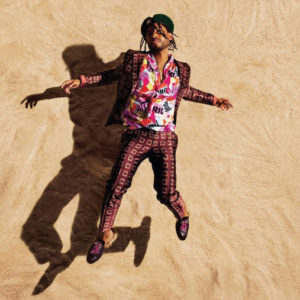 Miguelâs fourth album âWar & Leisureâ has absolutely no surprises. Wannabe sex god Miguel continues to perpetuate his super sexual image, but this is what we expect from him. Anyone expecting anything different has come to the wrong place. Miguel gets right down to it from the get-go with the opener âCriminal,â singing âSo good it feels criminal/shitâs gotta be criminal.â Itâs a welcome Miguel song, with an unwelcome Rick Ross feature and all of Rossâ 2006 vibes. Not sure why anyone thought Rick Ross needed to be anywhere near this album, or any album in 2017.

Another interesting feature comes from 2017âs favorite hip-hop breakout artist Travis Scott on âSky Walker.â Unfortunately, this track falls a little flat, even though it had all the makings of a banger. Scott never quite finds his groove on the track. On âWar & Leisure,â Miguel shines brightest without any features and when heâs just doing his Miguel thang, like on âPineapple Skiesâ and âCity of Angels.â Overall, itâs a mediocre Miguel release, but Iâll take it. ♦