What itâs like being falsely tagged as a child molester 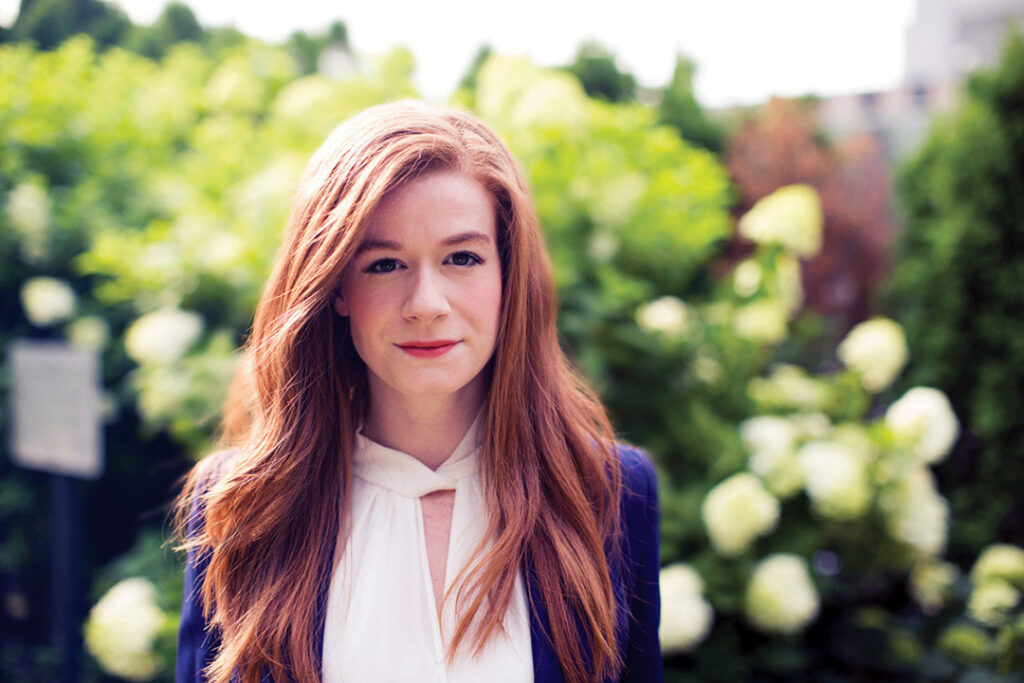 Mallory McMorrow said the deployment of outrageous character assassination, of lies the tellers know are untrue but traffic in anyway, must end politically, with the removal from power of politicians who use such tactics.

A head-spinning, bizarre twist to one of the ugliest political episodes in these most uncivil of times is that the Michigan state legislator, Republican Lana Theis, falsely accused her Democratic colleague, Mallory McMorrow, of wanting to molest children. Theis had spoken with McMorrow weeks before the fundraising email about having dinner. The two women, one Republican, the other Democrat, were to do so with their husbands, McMorrow said in Iowa following a major Democratic event here.

Theis used an April fundraising email as a vehicle to charge that McMorrow, a state senator, wanted to âgroom and sexualize kindergartners.â The reason, Theis cited: McMorrowâs support of LGBTQ+ rights.

âLook, I mean it was horrible,â McMorrow said in an interview with media following the recent northern Iowa Democratic Party Wing Ding in Clear Lake. âI learned about it, and Iâm a mom of a 1-year-old. This is effectively a colleague accusing me of grooming children to molest them with no basis in reality.â

McMorrow said she spent time with her daughter on the evening the attack went public.

âI just started crying, and my mom asked me, âHow can you still do this?â â McMorrow said.

Did McMorrow ever think about quitting?

âOf course,â she said. âI mean this is not what you sign up for.â

Instead, McMorrow responded with a forceful speech that went viral. It has more than 15 million views on Twitter alone. In the now-iconic speech, McMorrow debunked the savage lie linked to her name, called out the strategy of using such lies, and turned the incident around, raising her profile and national profile.

But the lie lurks on the Internet, in places easy to find, and in spots far, far darker. Friends worry about her safety, McMorrow said.

âTheir fear was somebody was going to come to my house and open fire, and that is where these attacks lead,â McMorrow said in response to questions from Political Mercury following the Clear Lake speech. âLuckily, we have not gotten to a place where it has gotten that bad, but every now and then, I will post on my Twitter account or Instagram story some of the emails that we get, and theyâre really vicious.â

McMorrow said the deployment of outrageous character assassination, of lies the tellers know are untrue but traffic in anyway, must end politically, with the removal from power of politicians who use such tactics.

âThe reason that itâs happening, that itâs moving into the mainstream, is because this version of the Republican Party thinks itâs a winning strategy.â

McMorrow said she spent relatively little time in the crucible compared to gay colleagues and Black Americans who have to endure insult and fear 24/7.

In her Clear Lake speech, McMorrow said the goal of the modern Republican Party is to wear down opponents with awful allegations, to make the process so miserable that their opponents, Democrats or more moderate Republicans, quit.

But the nation is largely populated by what McMorrow described as a âdecent majority,â and she plans to stay in the fight.

Theis recently won a GOP primary. She has not apologized to McMorrow, and McMorrow says sheâs not inclined to accept one. ♦