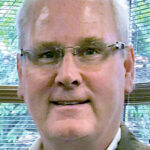 Political Mercuryâs Douglas Burns recently conducted an interview with Bradley Knott, the founder of the Campaign for Sensible Cannabis laws. This week, Knott and his team launched the website FreetheweedIowa.org.

Knott is a veteran political consultant who earned his bachelorâs and masterâs degrees from the University of Iowa and law degree from Catholic University. He has a long history of involvement in Iowa politics.

Burns: What are you doing? Havenât you read what the governor and the Republican-controlled legislature are saying? No change of Iowaâs cannabis laws.

The good news is weâre seeing change everywhere. Half the country lives in states where some form of cannabis is legal for adults. Itâs legal in Illinois and legalization passed in South Dakota, Montana and decriminalized in Missouri, Nebraska, North Dakota to name a few. These are states Trump won easily. Iowaâs medical program passed in 2017 and was strengthened in 2020. Thatâs gradual progress. This campaign will bring the sudden.

Burns: What campaign is that?

Knott: Pete DâAlessandro and I are starting a Campaign for Sensible Cannabis laws because Iowaâs current laws do not reflect the views of most Iowans. In a true democracy, the peopleâs voice is listened to by their representatives. Thatâs not happening in Iowa on a lot of issues, including cannabis.

Republicans have controlled state government so long they stopped listening to ordinary Iowans. When three state senators introduced a bill to give Iowans a voice on reform, Republicans immediately declared it dead on arrival. Once Iowans are heard, and the reasons for cannabis reform are widely known, it will be clear Iowa cannabis laws make no sense. Not if you want to capture lost tax dollars, build on and diversify Iowaâs excellence in agriculture, keep the young folks here and stop the brain drain.

Iowaâs cannabis laws make no sense if you want to help people who suffer from, or care for someone with, chronic pain, autism and seizures. They make no sense if you believe in equal treatment or wise use of law enforcement dollars and keeping nonviolent offenders from crowding jails.

Burns: So what is the goal of this campaign? Legalize cannabis for recreational use? Stronger medical program? Seems naÃ¯ve to think you can pass that against the governorâs opposition and her power over this Legislature.

Knott: I would be naÃ¯ve to think reform will happen tomorrow. This is a multi-year campaign to educate Iowans and to change the elected officialsâ mind set about cannabis. NaÃ¯ve is thinking you can ignore your constituent voices year after year. Look, there has already been some good work done to establish a medical marijuana program in Iowa. It was passed by a Republican-dominated Legislature and with Terry Branstad as governor. This campaign will build on that work. But to answer your question: The goal of the campaign is NOT to pass a specific bill. Itâs to give voice to the sensible voices. Let them be heard in a politically meaningful way.

Burns: And how do you do that?

Burns: Get the hippies with long hair?

Knott: LOL â That feels like the attitude of the political leadership. I donât know what they are thinking. But we are closer to 2060 than 1960. And those hippies are now voters, business owners and pillars of their community. They have, or know someone with chronic pain, autism and other medical conditions that cannabis oil or a patch eases. But you wouldnât know it from the Republican leadership in Iowa. Right now the governor and her Republican colleagues are playing whack a mole with anyone who suggests even discussing reform. In January, three state senators proposed a bill to give Iowans a voice. Reynolds could not kill it fast enough. What are they afraid of?

Burns: You are talking about a state trending deep red.

Knott: I understand why you ask that. But I learned a long time ago at The University of Iowa that politics is the art of the possible. I see what neighboring states are doing. I read polls. I listen to what people are saying. Add a dose of optimism to that knowledge and you have the Campaign for Sensible Cannabis laws. That may sound flip, but I am serious. Iowans are saying loud and clear they want cannabis reform. Fifty-four percent of all Iowans support regulating cannabis like alcohol; 78 percent support the medical program.

Among young people, including young Republicans, support for reform is above 60 percent. And you see it when Iowans cross the Mississippi to purchase cannabis legally, yet their voices are not being heard. And, pretty soon, they will literally cross that bridge and not come back to Iowa.

Iowaâs political leaders â I am talking about the governor and the Republicans in power â punish or actively silence anyone who even mentions giving Iowans a voice on cannabis reform.

It seems they would rather play the politics of pot from 60 years ago than treat cannabis as it is â a proven and popular medical solution for multiple medical conditions including chronic pain and autism. Cannabis has been around for years. Cannabis is not going away. Current laws hurt Iowans and the state. More than half the states recognize they can regulate cannabis like alcohol. Iowa can do it, too. It makes no sense to ignore these facts. Just like it makes no sense to let $50 million a year in tax revenue from cannabis sales to Iowans go to our neighbors in Illinois or deny proven medical solutions to chronic pain.

Iowa is renowned for its agricultural success. An Iowan, Norman Borlaug, started the Green Revolution. We host the World Food Prize for excellence in agriculture. Iowa State is one of the most advanced schools in the world in bio-tech. We also have one of the largest senior populations who are often forced to live with chronic pain. Common sense says put the two together and improve the lives of everyone. ♦

Douglas Burns is a fourth-generation Iowa newspaperman. He and his family own and publish newspapers in Carroll, Jefferson

and other neighboring communities.