Why Tom Miller is running for an 11th term

The nationâs longest-serving state attorney general says his health and vitality are strong. 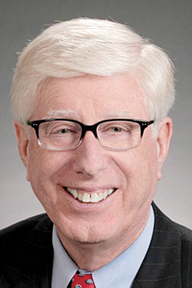 Tom Miller, the nationâs longest-serving state attorney general, will seek an 11th four-year term in the office next fall, saying he is âenergized, challenged and fulfilledâ by such efforts as the pursuit of anti-trust cases against dominant tech companies â like Facebook â and seeing through monetary settlements tied to damage certain pharmaceutical companies have wrought with the peddling of opioids.

âThis is an office that is never boring,â Miller said.

Iowans first elected Miller, a Dubuque native, as attorney general in 1978. Heâs served in that role continuously since with the exception of a brief stint in private practice in the 1990s.

Over the last decade, Miller, 77, a Democrat, won two re-election bids by double digits â and did not even face a Republican challenger in 2018. Miller does expect Republican competition for the office in 2022, although no GOP candidates have formally announced.

Where Facebook is concerned, Miller, working with a bipartisan collection of other statesâ attorney generals, will probe whether the social-media giant compromised usersâ data or artificially inflated advertising costs on its platform.

Miller said he is also concerned with the algorithms social media companies use to keep people on their sites, spending time and seeing ads.

âTheyâve got ways to try and keep people involved, including children,â Miller said. âWe are most concerned about them doing that with children.â

During the next two decades, Iowa will receive $175 million from a historic $26 billion agreement that will help bring assistance to those struggling with opioid addiction.

The agreement includes Cardinal, McKesson, and AmerisourceBergen â the nationâs three major pharmaceutical distributors â and Johnson & Johnson, which manufactured and marketed opioids. The agreement, Miller said, would resolve investigations and litigation over the companiesâ roles in creating and fueling the opioid epidemic.

The money, in large part, will go toward drug treatment and prevention programs in Iowa.

âIâm conscious about making sure we spread that around the state,â Miller said.

Miller said he plans to take consumer protection, already an area he sees as a feature in the office, to the next level. He wants to develop a more sophisticated early-warning system to protect older Iowans from Social Security fraud, for example.

Thereâs more on that front.

âHow do we more effectively, if possible, deal with the intractable problems with telemarketing, for instance,â Miller said.

Miller said his health and vitality are strong at his age â and that experience matters in the Attorney Generalâs Office.

âIn terms of being too old? Iâm 77, but I am vigorous,â Miller said. âI do my bike rides. I spend a lot of time at the office. I work hard. I think people have to make independent judgments on us as to whether we are still up for the job. I believe I am, but that is something people will evaluate, if they desire to.â ♦