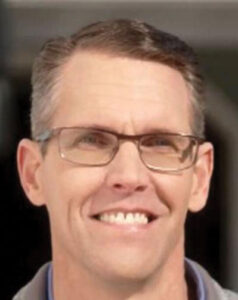 Having a fellow Iowan â former Iowa Gov. Tom Vilsack â in the top job at the U.S. Department of Agriculture would be a big boost toward that end, said Feenstra, who in January will succeed Republican U.S. Rep. Steve King of Kiron in the sprawling 39-county 4th Congressional District. President-elect Joe Biden has nominated Vilsack, a Democrat, to return to the ag secretary position he held for eight years in the Obama Administration.

âItâs paramount,â Feenstra said of Vilsackâs nomination in a phone interview. âIt is critical. I saw it last night, and I was like, âHey, Iâm really excited.â People have to understand agriculture is different in every area of the United States. Agriculture in California is dramatically different than Iowa. Agriculture down in Florida and the southern states is very different than Iowa. Now we are going to have somebody who gets it, that understands corn, soybeans, cattle, hogs, eggs, dairy. Iâm just so excited. If that happens, it would be a great thing for us as Midwesterners and Iowans. I can only hope that that occurs.â

For his part, Feenstra spent time before and after Thanksgiving in Washington, D.C. getting acquainted with the process â his office will be in room 1440 of The Longworth House Office Building â and interacting with incoming and experienced members of Congress.

âJust to meet all the freshmen â I think there is, between Republicans and Democrats, there are 58 new people coming into Congress, and many of them were there â and just to meet everyone from both sides, they are just brilliant people,â Feenstra said.

Feenstra said he is impressed with many new conservatives like himself but also had fruitful conversations and developed the beginnings of working friendships with some Democrats.

âYou could build relationships,â he said of the 16-day orientation in Washington, D.C. âFrankly, you didnât know what side of the aisle they were on. I did meet some wonderful people on both sides of the aisle.â

Specifically, Feenstra said he got to know Congressman-elect Kai Kahele, a Hawaii Democrat, well. Both congressmen-elect share the distinction of having served in their respective state senates before being elected to Congress.

The nation is deeply divided along partisan lines now, but Feenstra senses an energy to cut through that from other freshmen legislators.
âHey, we are the freshman class, and we can work together,â Feenstra said. âThere is a lot of discussion about working collaboratively, whether it be agriculture, transportation. There are a lot of things we agree on and how we work together.â

He is laser focused on earning a slot on the House Agriculture Committee and already has talked with a current Iowan on that committee, U.S. Rep. Cindy Axne, a central and southern Iowa Democrat, about cooperation.

âWe have committed to each other that we are going to work together on agricultural issues,â he said.

Feenstra also met with other members of the House Agriculture Committee from different states.

âObviously, Iâm very passionate about wanting to be on the ag committee,â he said.

He is likely to find out his committee assignments this month or next.